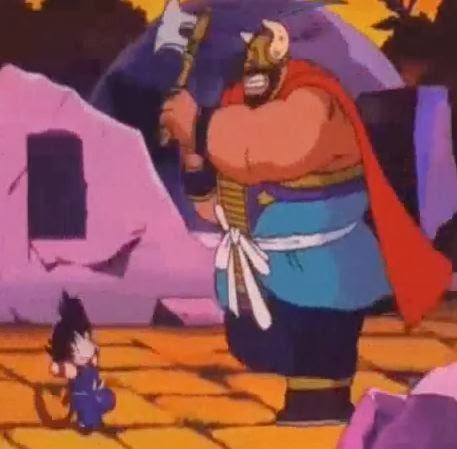 The Ox-King makes his appearance in Dragon Ball very early in the series. He is the ruler of Fire Mountain, and despite that he can no longer go back to his castle as it covered by flames. So he lives nearby though is paranoid that anybody going nearby is just after the treasure in his castle. So he tries to fight Goku, where Goku doesn't have much luck hurting the mighty giant. I have to admit that his first appearance makes him out to be pretty mean. 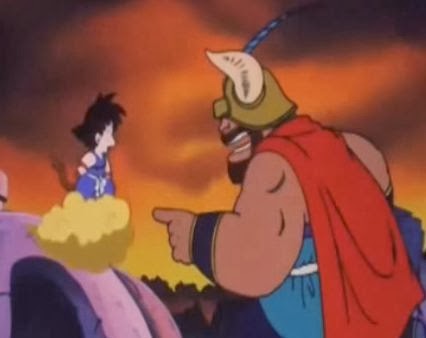 But they become friends after he realizes that Goku is Gohan's (adopted) grandson. Ox-King trained with Gohan as students of Master Roshi. After Master Roshi reunites with them, Ox-King gives up his arrogant ways and becomes peaceful after Master Roshi disapproves of the way he's been treating others.  I suppose Roshi is rather forgiving, though he isn't perfect either. 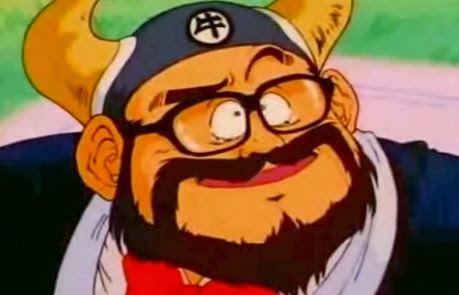 He likes Goku so much afterwards that he thinks he should marry his daugther Chi-Chi. Goku agreed not knowing what a "wife" was. When the pair later grew up, it led to one of the series' funniest moments, but they eventually marry. With Ox-King crying happily at their wedding. 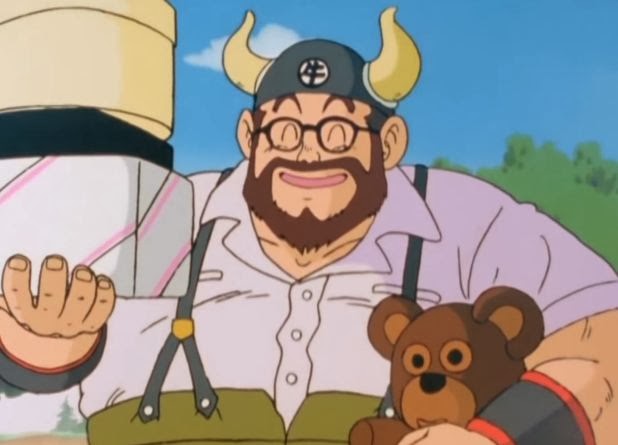 In Dragon Ball Z he is pretty much Goku's son Gohan's loving grandfather. Though I'm pretty sure the scene is anime-only, he was the reason why they picked the name Gohan. Though his previous suggestions were pretty much Ox with another word...
Posted by Adam at 10:05 PM

Forgot all about him, he was fun