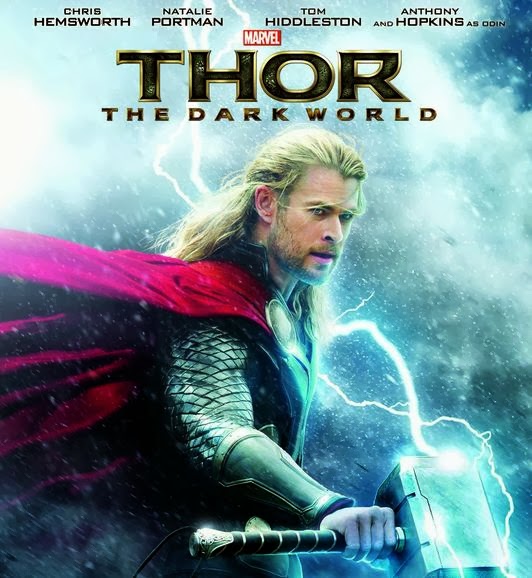 Even though I'm a big fan of Marvel, I never really knew much about Thor until the 2011 movie came out. I liked it, though I though it was tad disappointing that Thor was powerless for a good bit of the story. Now the 2nd film in Phase Two of the Avengers films, takes place soon after Thor takes Loki back to Asgard to be judged by their father Odin.

While Loki is sent to Asgardian jail, Thor must end turmoil in the other worlds of the nine realms. While Thor is absent, his girlfriend (and Earthling) Jane Foster is desperately trying to find him. She enters another dimension and a strange force bonds with her. While the force seems to be powerful, it seems too much for a human to handle. Thor arrives to help Jane but not even his father Odin can separate the mysterious energy from her. 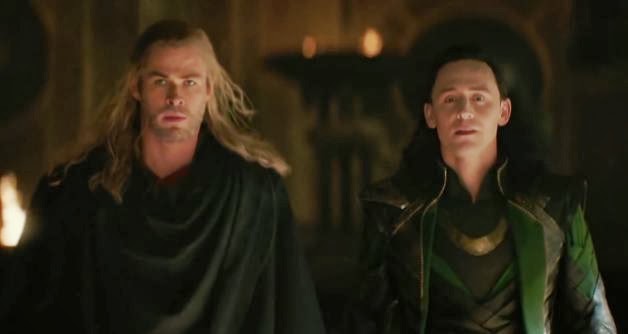 More unfortunate news for Thor is that the Dark Elf Malekith has returned from his slumber. Malekith had been defeated by Thor's grandfather ages ago, but managed to survive. In his return, he leaves Asgard in a crisis. Thor makes an uneasy alliance with his adoptive brother Loki to stop Malekith and save Jane Foster. 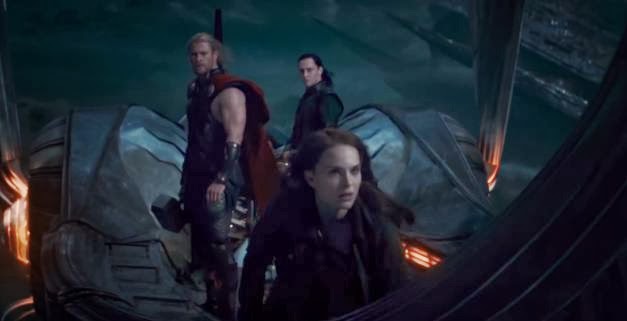 Overall I was a good bit disappointed (thought I still like it) with the 2nd Thor movie. There was too many characters and very little focus. Especially the villain Malekith whose character isn't very well explained and the battle against him was rather lame. While it was cool to see Thor and Loki work as a team again, I will say this is my least favorite film (so far) of the Avengers-related movies.
Posted by Adam at 4:01 PM

Oh I still need to watch this - we have the DVD at ome..

I did like this movie although I missed the humor of the first one.

I must see Thor.
I saw a movie with this actor, Rush and it is a very good movie about cars races.

Never a fan of Thor

haven't seen it, because I can't stand Natalie UnImportant, but I do love me Hunksworth and Hiddlestud

I hate it when a movie is more focused on throwing in as many characters as possible instead of focusing on a good storyline!