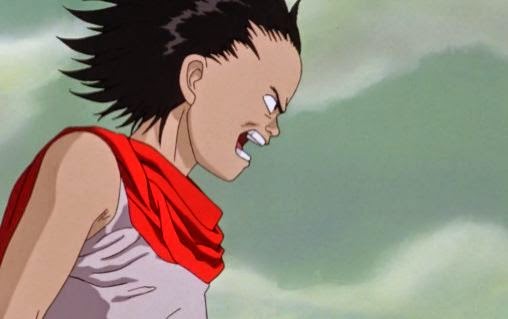 While not as familiar as Dragon Ball Z or Naruto, but anyone who really likes anime or manga would eventually hear of Akira. I tried to read the manga a few years ago but didn't have time to read the colossal story. I wanted to see the film even though I hear it's not as good as the manga. 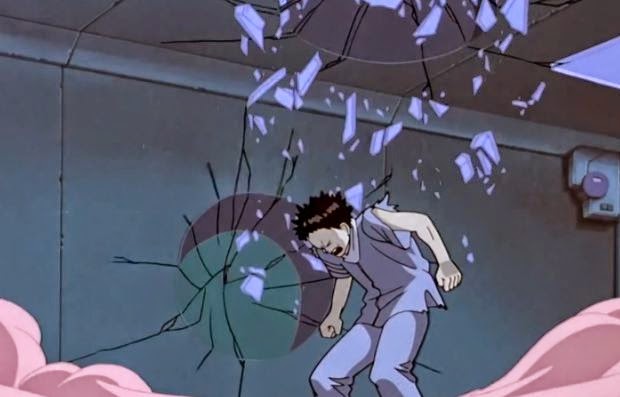 The story is set in world that has seen World War III, and at the start of the war Tokyo ceased to exist. It was then rebuilt as Neo-Tokyo, but the new city has suffered many problems. Two friends named Kaneda and Tetsuo are brought into a new level of drama when Tetsuo is injured and recovers. 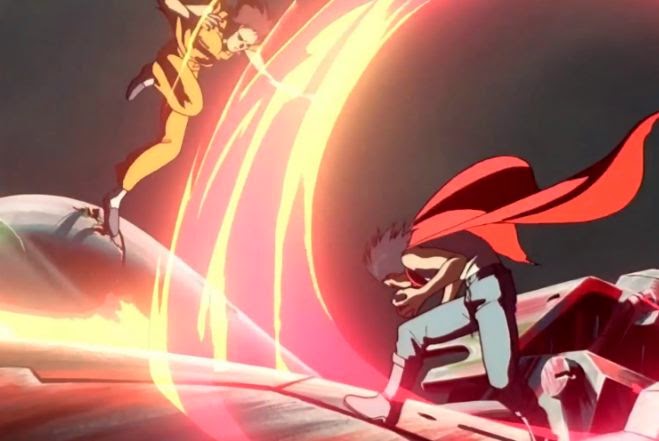 When he awakens, he realizes that he has mysterious and very powerful abilities. When he loses control, both Kaneda and three children with paranormal abilities try to stop him. But with god-like powers, and uncontrollable emotions, things seem grim as they can't stop him by force or calm him down with words. 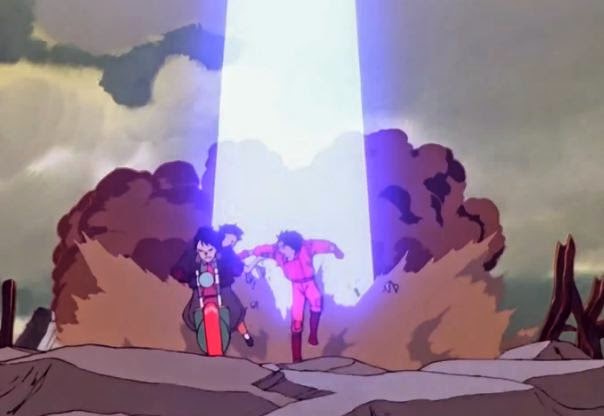 Overall Akira was sadly more disappointing than I had expected. While I didn't get to finish the manga, I did notice a lot of cool stuff that got left out or changed for the film. I also was deeply disappointed of how they portrayed the character Akira in the movie. Despite that, it is quite the epic tale, and the animation still looks pretty rad even today.
Posted by Adam at 11:00 PM

This will probably go down as the greatest anime movie of all time... As of now i have no complaints with this sentiment...