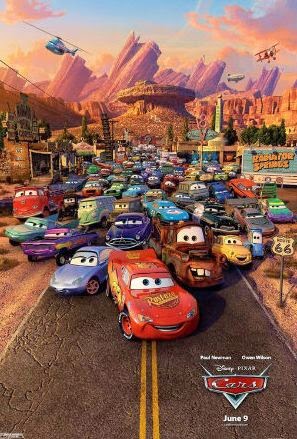 While I love Pixar, back in 2006 the idea of Cars sounded rather stupid to me. It also seemed rather plain for a studio that often produces creative magic. My nephews are big fans of the movie, so I decided after eight years that I would give it a chance.

The story begins in a world of talking cars and no humans. The protagonist of the story is the red race-car Lightning who is a rookie in the league. But despite being new, he is one of the best cars and is set to win the prestigious Piston Cup. However his selfish attitude causes him to lose his victory to a draw finish with two other cars. 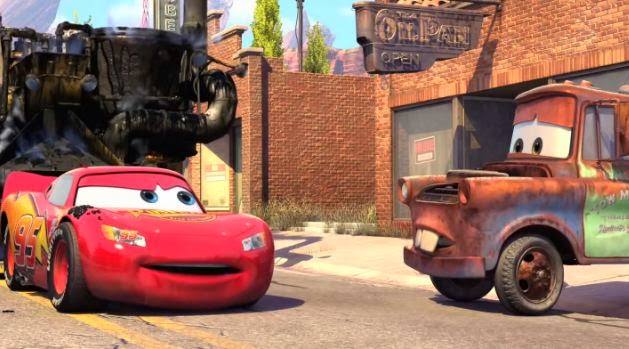 A rematch between the three legendary cars is set a week later in California. On the way there, Lightning accidentally winds up in the small town Radiator Springs. He causes trouble in his panic and is ordered by the town to fix their road. With his big race only a few days away, Lightning must make it to California in time.

Overall Cars was only a tad better than I expected. It's a decent film, but it certainly doesn't compare to some of Pixar's greatest movies. Though I appreciate its message of friendship and why small-towns can be important.
Posted by Adam at 3:20 PM

haha it was decent but a complete rip off of Doc Hollywood, almost step by step rip off.

I liked this movie!

I haven't seen this one but youngest grand liked it.