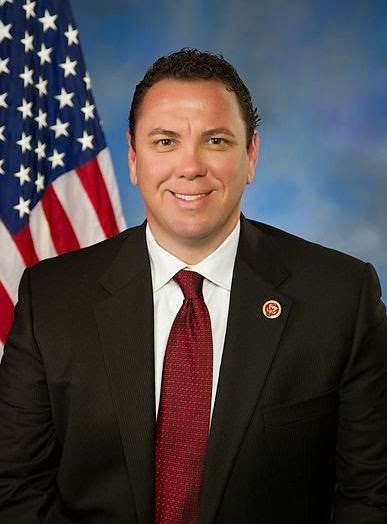 Congressman Vance McAllister (R-LA) was caught kissing a married woman on his staff, and now is hoping people will forgive him. McAllister himself has been married for several years and the father of five children. I found a bit of irony here as he won a special-election last year to Congress and gained a political edge when he started to express how devoutly Christian he was. He was also known as the Duck Dynasty congressman as he represents the district they live in and has gotten the endorsement of some members of the Robertson family.
Posted by Adam at 9:34 PM

haha did it once, he'll do it again

I'm always wary and suspicious of anyone who wears his Christianity on his sleeve. This guy is a vile hypocrite who would pass laws he feels he doesn't need to live by.

shocking, it must not have been the first time.

Hypocrites, all of them.

Funny how many of those politicians fling around their Christian beliefs only when it sounds like it might be beneficial to their campaign. If they can't practice what they preach, they certainly aren't going to hold up their promises to the people either. Pig.

A hypocritical Christian. Perhaps he should stop mentioning religion since he doesn't honour his beliefs.