Fact of the Day: Falling Star 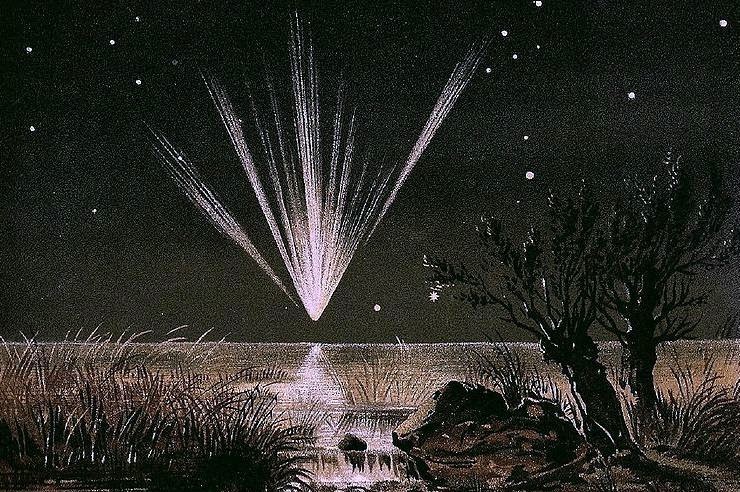 In many ancient societies, people were not fascinated by comets and meteoroids but terrified of them. From their perspective, many would think one of the stars was literally falling or moving from the sky. As such they were often seen as bad omens and a sign of terrible events in the future.
Posted by Adam at 9:14 AM

It's funny how superstitious we were, eh? So much have changed now....I think....

Ignorance leads to fear. Thank goodness we moved forward with this.

I dunno, people are freaking about the red moon. Something that has happened all the time, and been predicted very long before it happened by scientists.

Looking for omens in the sky would be very natural for our ancestors. I know people who still do this.

Now we know how this fact happens but I put myself in those people´s skin from the past and I understand them, their fear to the unknown. Kisses:)

who is to say they're not still bad omens....

I can see why they would think that...

Only as bad as people let them be

can't blame them in some ways.

I'm def in love with stars, I'm fascinated by them!
xx
http://laviecestchic.blogspot.it

Kept them on their toes