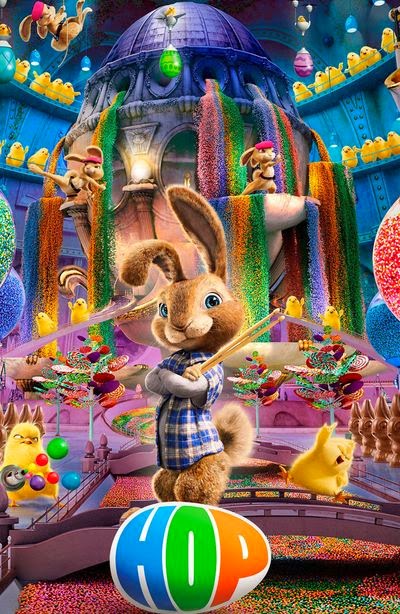 While there are countless Christmas movies, you don't really see any films based solely on any other holiday. I remember hearing about Hop in 2011, and liked the idea of a movie based on Easter. Nothing exactly clever, but you don't see it happen all the time. I figure since Easter is almost here that I'd finally see it. 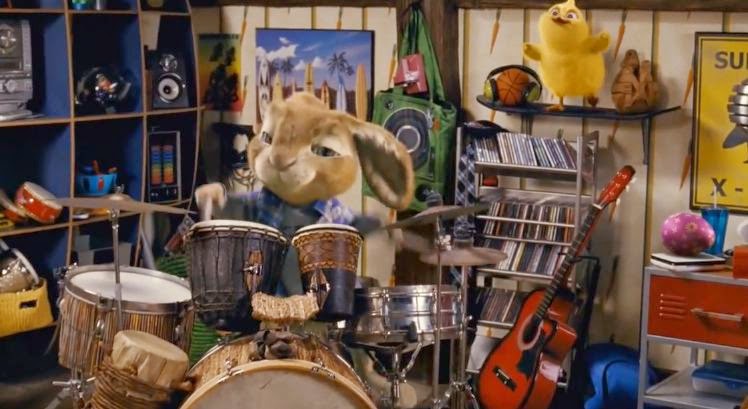 The plot begins with a bunny named E.B. who is the son of the Easter Bunny. While he respects his father, he has never had the confidence to accept that he will one-day take over for his father. He tells his dad that he wants to be a musician instead, but he doesn't listen. Right before he is suppose to become the next Easter Bunny, he leaves Easter Island for California. 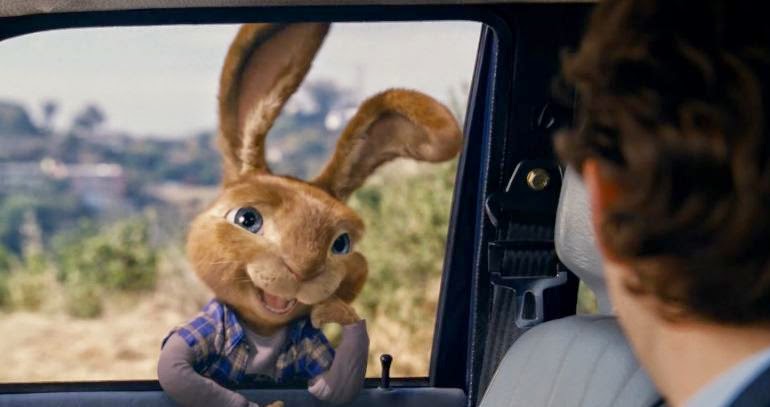 He crosses paths with the human Fred O'Hare, a young man who constantly disappoints his own parents. Desperate for a place to stay, he forms a friendship with Fred. However E.B. must worry about his father bringing him back to Easter Island, while Fred must fret over the fact that someone might see the talking bunny. 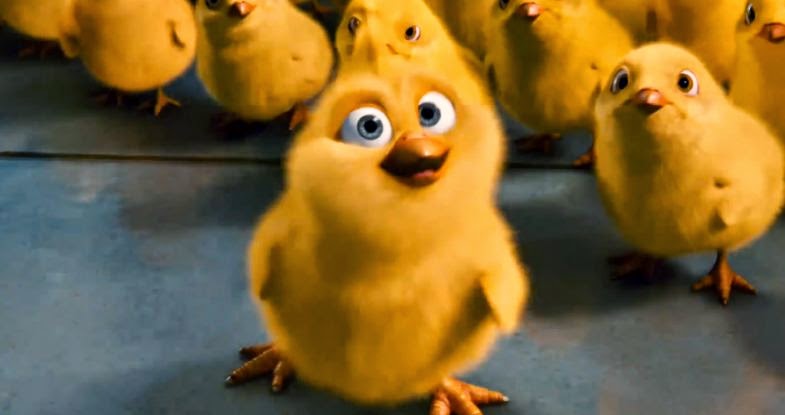 Overall Hop is a decent film but doesn't come close to brilliance. It's a cute movie for the Easter holiday, but the only audience it could amaze are the ones who still believe the Easter Bunny is real. Though I have to admit I found the baby chicken Phil to be hilarious.
Posted by Adam at 3:00 PM

Well now I think I must see this!

I haven't heard of this one.

Skipped this one, may watch it some day

I have never heard of this one before Adam, it looks a real cute movie.

It was cute to see once. However, I wouldn't watch it again.