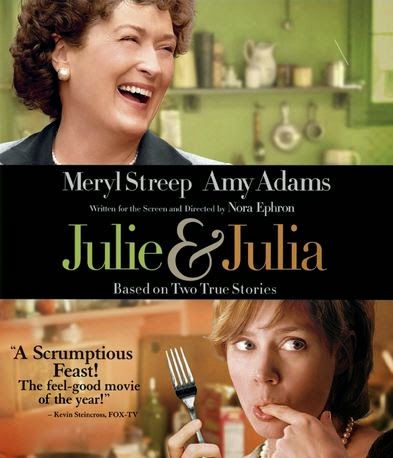 I vaguely remember hearing about Julie and Julia back in 2009. Up until recently I didn't have much idea what the movie was even about. Amy Adams is one of my favorite actresses, and since she had a starring role I had to see if it was any good. The movie is based on the lives of two actual people from different times but both with a love for cooking. 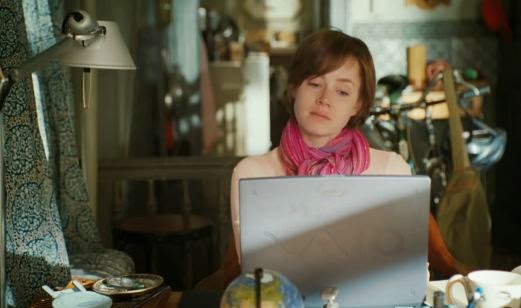 The story begins with a young lady named Julie Powell who is about to turn 30 and is very unhappy with the progress of her life and career. She decides to start a hobby, and begins to cook. However she simply doesn't just cook but attempts to cook everything from a cookbook by cooking legend Julia Child. 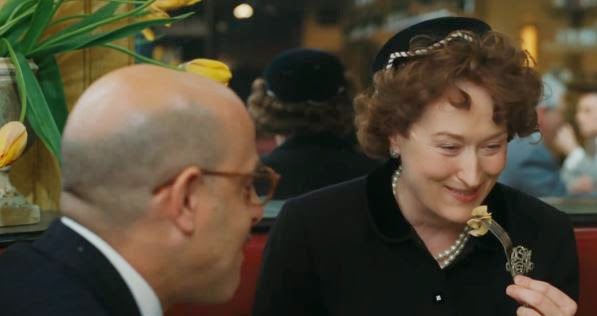 The story switches back and forth between the lives of Julie Powell, and Julia Child. With Child's story taking place decades before at a time where she didn't know how to cook. She takes classes as something to do, and helps two friends with a cook-book. Something that would later make her famous to the world of cooks. 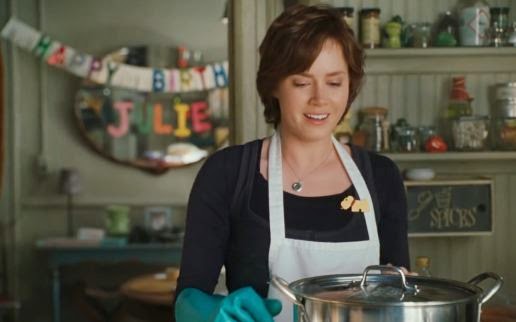 Overall even though I don't particularly care for cooking (you'll never see me watching Emeril Lagasse) I enjoyed Julie and Julia a lot more than I expected. Meryl Streep got an Oscar nomination for her role as Julia Child and being able to compare the two now she really did an amazing job portraying her. While the plot moves a little slow, I really enjoyed the stories of Julie and Julia.
Posted by Adam at 4:00 PM

Yeah, we thought it was fun!

I own this film and rewatch it often. Child is a queen among cooks. She is the best.

Mrs. C. loved the book and we both loved the movie.

always meant to watch this movie, I did read a book on Julia Child, she was quite the perfectionist when it came to cooking.

I love this movie! I love MS, and I love to eat... so its a perfect movie!
http://sepatuholig.blogspot.com/

I liked this movie. I would have loved for her to get to meet Julia in the end, so that was a bit disappointing, but overall, a good film.

I had never heard of Julia Child before this film came out, but I did enjoy it. Watching old footage of her afterwards, I think Meryl Streep gave a marvelous performance.

I liked this film and the characters . Amy Adams is one of my favourite actresses too .Kisses:)