Saturn Getting a New Moon? 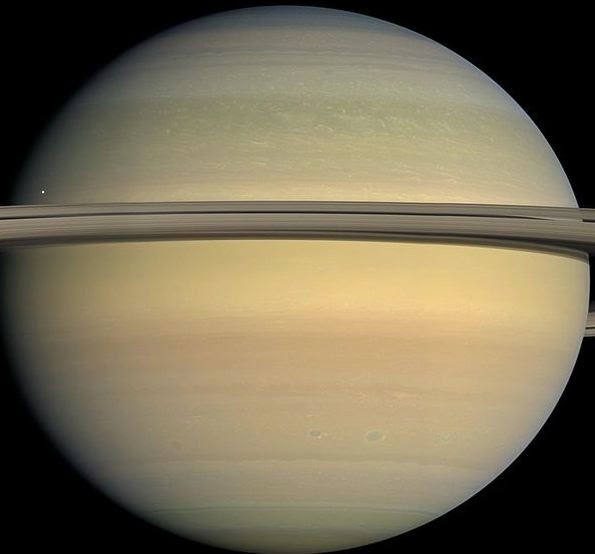 Apparently that is the case, though the new moon which is being called Peggy is very small. It's basically made of mostly ice as it came from Saturn's rings. It isn't too big of deal even to Saturn itself as it has many moons though most people only hear of the large ones.  Though it is rather neat to see this "moon" being created.
Posted by Adam at 10:00 PM

So it's the icing on the cake err umm planet

And they still ignore Pluto

That is neat to hear it is getting a new moon! Even if it will be one of many.

Adam
I always fear Saturn because it's such a hard task master.

I heard they just found an earthlike planet.

Your have awesome curiosity!

I hadn't heard about this. I always learn something new here.

Saturn remains one of our most interesting planets.