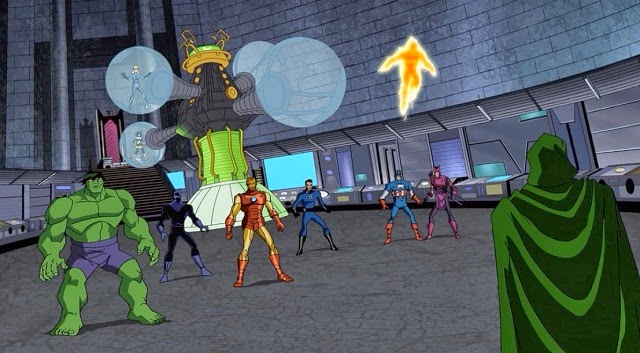 Last year when I was sick with the flu, I watched the first season of The Avengers cartoon. I liked it, but by the end it was getting a bit dull. Though I was willing to give the second season a try as I heard it was a bit better.

The story is pretty much a continuation of the last. One of the biggest parts of the story is Earth being under attack by two groups of aliens. First the shape-shifting Skrulls who perfectly mimic everything about a person, even super-powers. Then the Kree Empire, an advance race of aliens who give Earthlings a chance to live under their rule or perish. 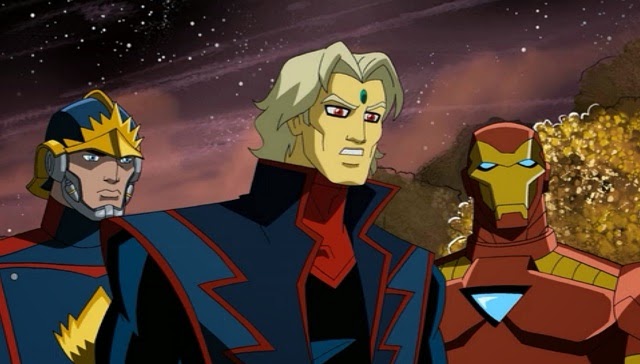 But there's also much more than that, and you also get to see other super-heroes. The Avengers ally with the Fantastic Four and the Guardians of the Galaxy to save the world. In a time of crisis, Iron Man creates a New Avengers team when the main Avengers vanish. The Hulk meets his equal when a Red Hulk causes havoc and challenges him. 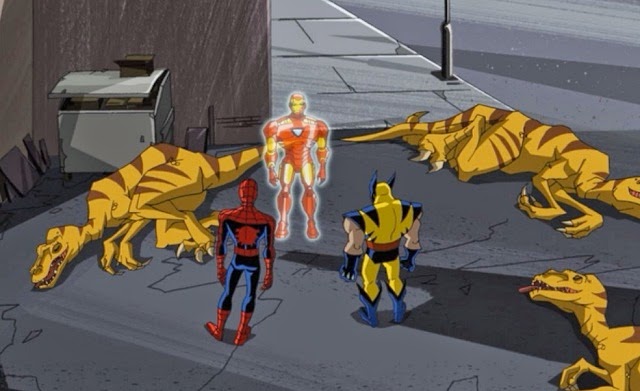 Like the original season, there is a lot of stories and characters in the plot. It's a bit overwhelming and I wished they had focused on one or two sets of villains instead of several. Though I'll admit that the story is much better than the first. I would also like to say that I loved seeing Spider-Man help the Avengers as he's my favorite super-hero. Comic book/superhero fans have little to disappoint them here.
Posted by Adam at 3:00 PM