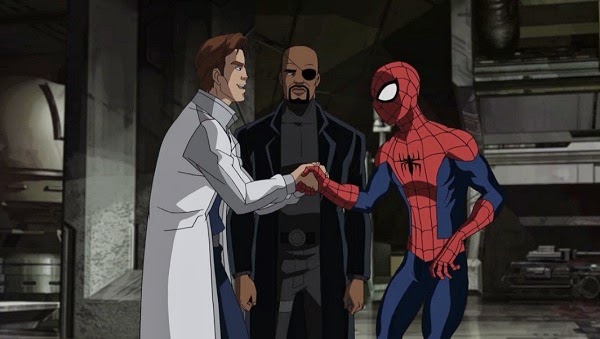 As many of you know, Spider-Man is one of my favorite super-heroes. I had heard of the cartoon series that originally came out in 2012 based on the Ultimate Marvel comics version of Spider-Man, but never saw it until now. It features a teen-aged Peter Parker who is recruited by Nick Fury to join SHIELD in order to become a better super-hero. 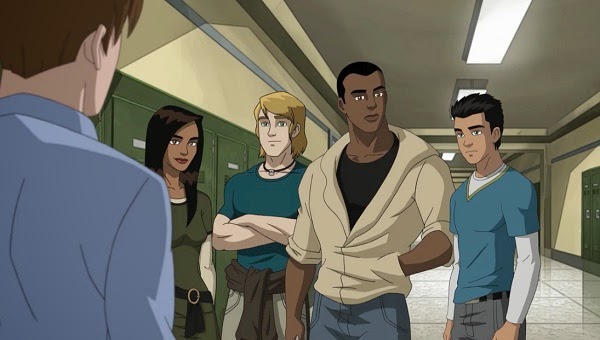 Little does Peter know that Fury has set up a team for him to work with. They are the lesser-known heroes White Tiger, Iron Fist, Power Man, and Nova. Outside of being super-heroes, Fury has them attend Peter's school. Agent Phil Coulson is also made their principal in order to keep an eye on them and their school. 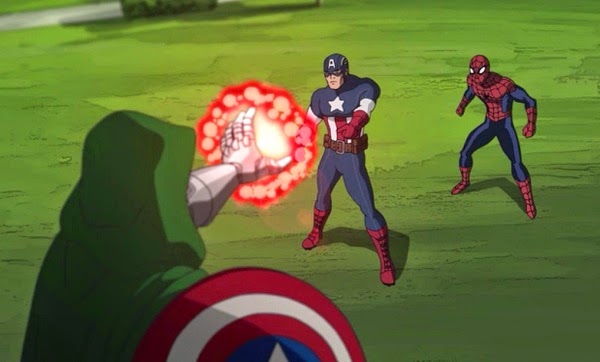 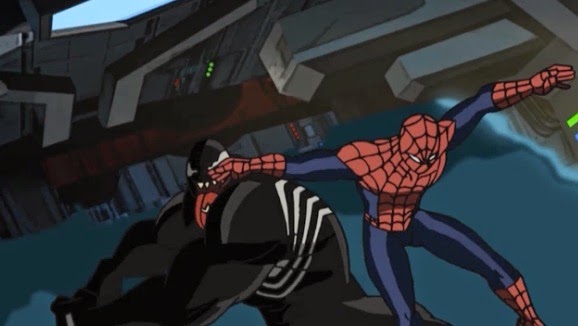 Overall I really liked the first season of Ultimate Spider-Man. Though Peter Parker often acts more like Wade Wilson with constant jokes and goofy humor. I also thought that while it was good for them to show lesser-known villains and heroes, a lot of them are lesser-known because they're rather lame. I also really didn't like how they changed Venom as the symbiote is no longer from space, and the human it bonds with is not Eddie Brock.
Posted by Adam at 3:27 PM

I guess I'm just an old fart and I watch very different programs than you. But these programs do seem to be extremely popular.

My great grandson likes him too. In fact, that was his suit for Halloween.

We all want to be spider guy;-)

After the spectacular show, this is more of a let down

I haven't even seen the movies yet! Can you believe that!?

Spidey is my fav, too.

Thanks for sharing this amazing post here. I was looking for some new series only. The shows by Andy Yeatman that we were watching are now over and I feel very sad about it. I really want shows of that level so that my kids learn something from it and are also entertained.