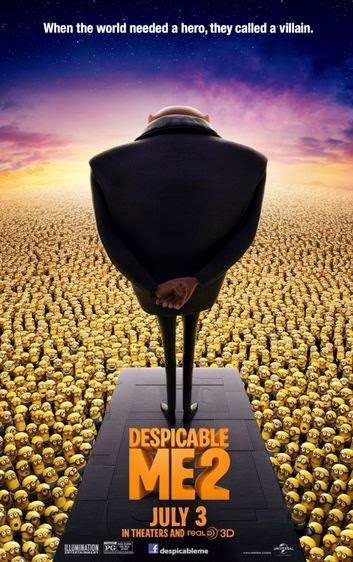 As I mentioned before, Daisy and I watched the original Despicable Me not very long ago. I liked it, and she loved it enough to make sure we saw the sequel almost immediately. Sometimes sequels to animated films can be rather awful, but this one may be even better than its predecessor. 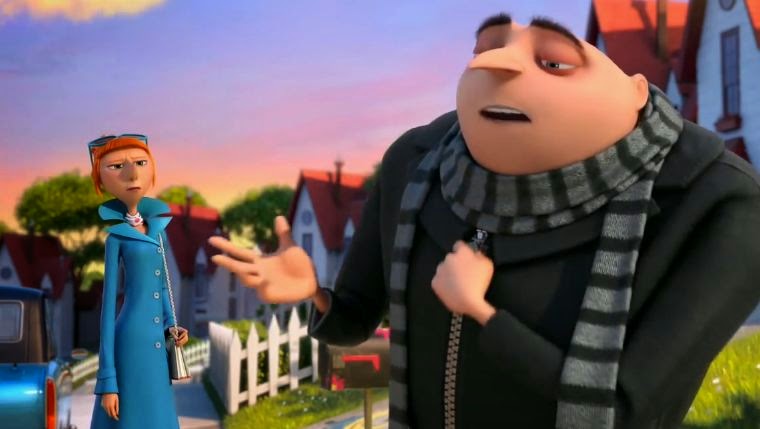 The plot begins with Gru giving up his evil past to be a father to his adoptive daughters. While he is happy making jams to support himself, he is asked by Lucy of the Anti-Villain League for help. Since Gru knows how bad guys think, he may be able to figure out who the mysterious person is that they're after. 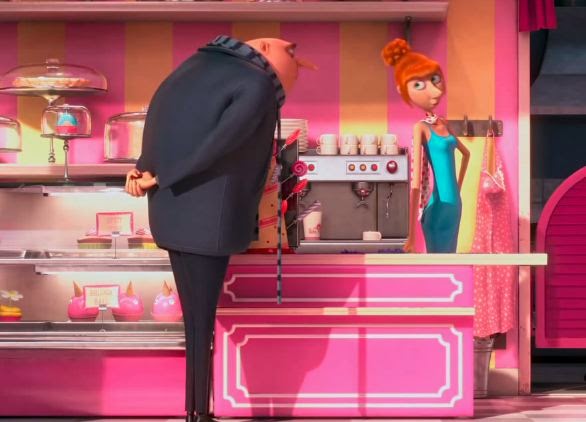 All the Anti-Villain league can figure out is that the villain is somewhere at the local mall. So Gru and Lucy pretend to have a bakery in order to get to know everyone at the mall better. While Gru is trying to figure out who the bad guy is, he doesn't even notice his own minions disappearing one-by-one. 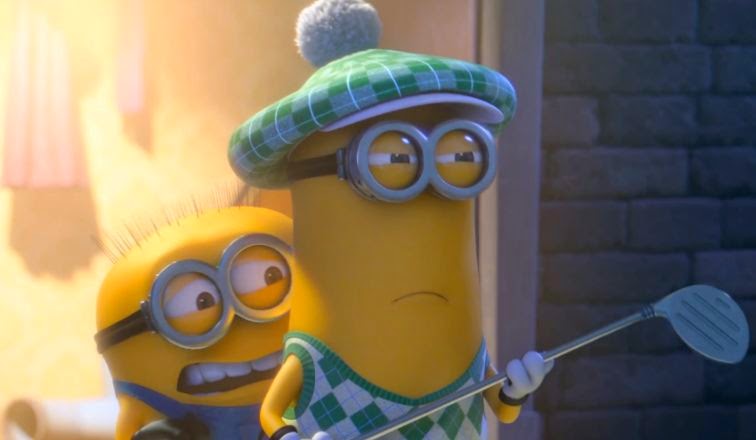 Overall I think both Despicable Me and Despicable Me 2 are about the same level of quality. Though I will say the original is more hilarious while the 2nd film has a much better story and villain. I hear there is a prequel movie next year starring the minions, so I hope it will do the series justice.
Posted by Adam at 3:00 PM

I still need to see the original. I may do that soon. Thanks as always for the review Adam.

I hope they will play this in Italy.

Haven't seen either of these but I want to see both because I love Steve Carrell.

The minions are really the stars in this one, and wonderfully funny.

Haven't seen this one...since the grands have all grown up, I seldom get to see these kinds of movies, like we did when they were little. I mean, I must be the only living soul on the planet that hasn't seen CARS or FROZEN..!! :)

The prequel will mostly likely suck, they always do

I enjoyed it as much as the first

I haven't seen either as yet.

Everyone loves these movies! lol

This was a really good one! Lots of laughs we had when watching it!

believe it or not I still haven't watched those movies even though I watch almost all of the animated ones...

oh my goodness! this is the cutest movie ever! haha :) and i agree with you. i think that most sequels are awful and such big disappointments when compared to the first movie. (although this is not animated, the comparison is still the same. in the Hunger Games Trilogy, part 1 is awesome, then Catching Fire is more awesome, but apparently, the Mockingjay is somehow a disappointment for me. I don't know if it will be better in the movie but the story did not compel with the 2nd book/movie.) anyway, back to dispicable me 2, part 1 is indeed hilarious but i find part 2 very interesting since the plot is a bit different from the other villain-good guys movie. so it really is a thumbs up!

and oh my gosh! is it really really through? there is a prequel? ahhhh! can't wait! :D

I totally agree with you, this sequel is fantastic!! I loved it as much as the first part. Kisses:)