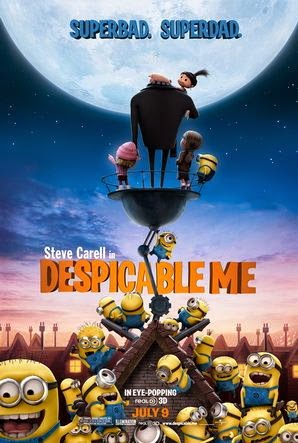 I have heard of Despicable Me for a few years now, but never quite got the motivation to see it. My nephews loved it, and I heard it was a success critically. My fiancee Daisy wanted to see it too, so I figured it was either now or never. 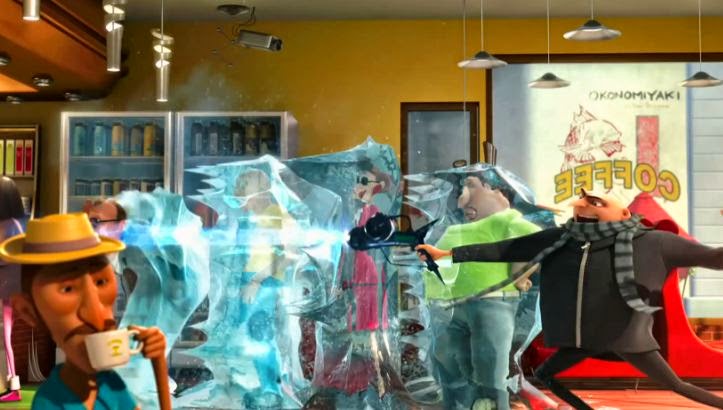 The story starts with the evil villain Gru who takes pride in being awful to others. However when an unknown super-villain takes the Great Pyramid of Giza, he feels like he must do something even more despicable. Leaving him to go after one of the few things larger than a Egyptian pyramid, the moon. 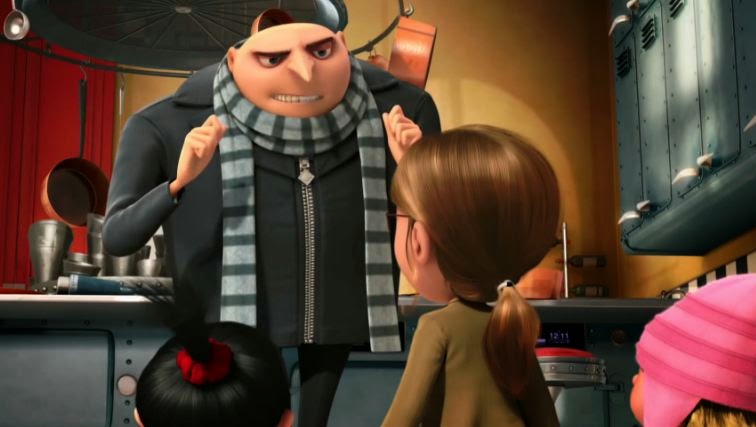 He works with another evil scientist to obtain our lunar satellite, but needs a shrink ray. He adopts three girls in order to get the shrink ray, but something unexpected happens. He actually starts to care about others, and his new daughters have him distracted from his dreams. 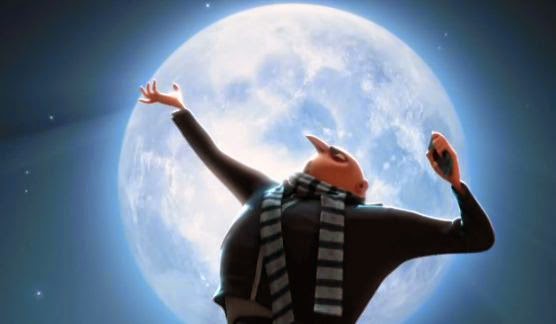 Despicable Me was just as a good as I had expected it to be. It's an imperfect comedy, but Gru, his minions, and the youngest sister Agnes provided some of the best comedic moments. My fiancee Daisy and I loved it, and she's already excited to see the sequel soon.
Posted by Adam at 4:00 PM

That little girls is to cute haha!
Love the movie :-)

Love love love this movie. The kiddos and I watch this all the time:D

It is a fun movie

I love this movie!!

I didn't want to like it. But I laughed my ass off!

I love him!! Gru and Megamind are my favourite "heroes" ( or antiheroes) Kisses:)

O so glad that you liked this one...and how cool is it to have a girlfriend named Daisy !!
Such an adorable name....:)