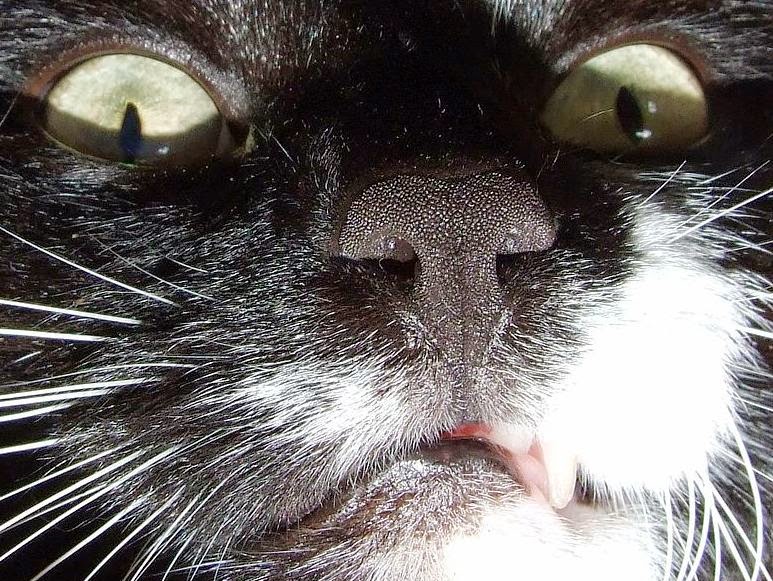 Shortly after my fiancee Daisy's cat passed away, she told me about the "cat eye" ghost in her kitchen window. Both Daisy and her mom were talking about seeing it, and I was very skeptical. So the next time I came over I wanted to see this feline phantom for myself. I saw it, and it looked like a very crooked pair of cartoon-like eyes you see when a cartoon has a scene where the lights go out. Was there a scientific explanation for the cat eye ghost?


Actually it was quite simple, and very easy to figure out. The "ghost" would always be in the same place, and would disappear when the lights were off. I looked around and it was the kitchen light reflecting on two picture frames which in turn was reflecting on the window. One thing in the way of part of the frame and the angle made the "cat eyes".
Posted by Adam at 3:00 PM

Haha I have many stories like this one. Gnosts is my fear №1.

Good on you, for cracking the case. Happy Almost Staycation. Does Daisy get time off as well?

There's usually a logical explanation for things. Good for you for figuring it out.

I am fascinated by ghosts stories even if it scares me too ! :)

But the "cat eye ghost" seem much more exciting!

Logic can solve most things

Logic cracked the case, but the cat eyes would make a much more interesting - and spooky - story!

Good that that it was not a ghost after all:)

This is a really fun and amazing story!
Poor Daisy Sure she miss her cat:)

Must be all that Sherlock watching that has you cracking the case!

glad the mystery is solved!

Booooo.....i just LUV a good ghost story
(maybe you can buy Daisy another little kitten for a "just because" present...:)