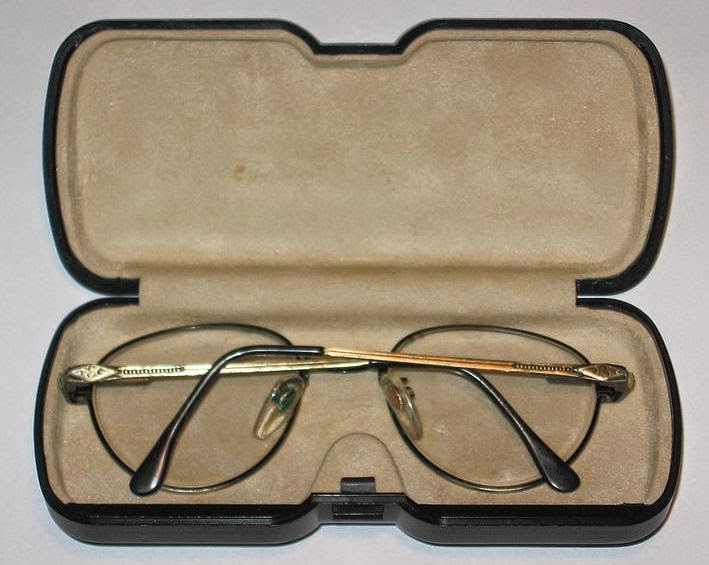 I was the youngest of four brothers growing up, and being the little brother would often cause me to get in unfortunate situations. When my father was still alive, he loved fireworks and Independence Day was his favorite holiday. He would often throw the noisy ones down the storm drain near the curb. I asked my mom why he thought that would be a wise idea and got the response "he was an idiot".


While he was looking down the drain, he glasses fell off his face and went straight down. Having your glasses fall is bad enough, but it was about one second before his beloved fireworks served their purpose. He still needed his probably damaged glasses (I inherited his terrible eye-sight) but it was too far to reach. So what does he do? He sends me down there (I couldn't have been older than 3) to get them. I have to imagine that he would have been in a lot of trouble if he couldn't get me out.
Posted by Adam at 3:00 PM

What a story! Yup, I bet he would have been in oodles of trouble if you had gotten stuck!

I doubt I'd have sent my three year old to fetch the glasses but I'm glad it all worked out okay. Take care.

Hahaha....great story, Adam:) Your dad must've been a riot.

Almost as bad as us sending children up chimneys!

Well, at least the story had a happy ending because here you still are!

Great to know you more Adam.
I am glad that it went well with you.

Good grief! What a character your dad was! You must have had a rollicking home with four boys and your dad. Gosh! Your mom was really outnumbered.

What a story Adam!

I think I'd agree with your mother in this one :)

I think our father's may have been brothers. My dad was always doing idiotic things like that too lol.