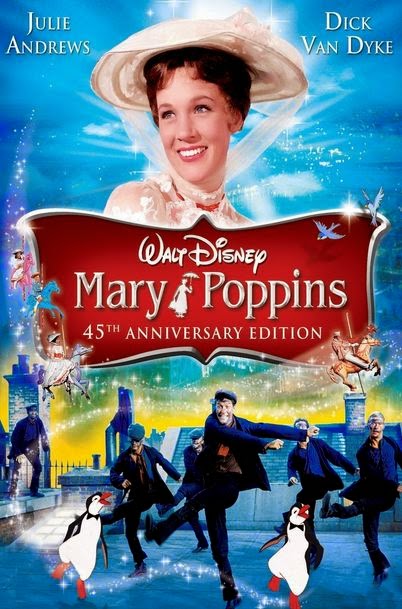 Not terribly long ago I watched Saving Mr. Banks which retold the story of how Walt Disney got P. L. Travers to let him make a movie based on her book Mary Poppins. I honestly never saw Mary Poppins, though I knew of the character and fondly remember a Simpsons parody of her. Travers hated the film, though it did extremely well with critics. So after seeing it, do I side with Travers or not? 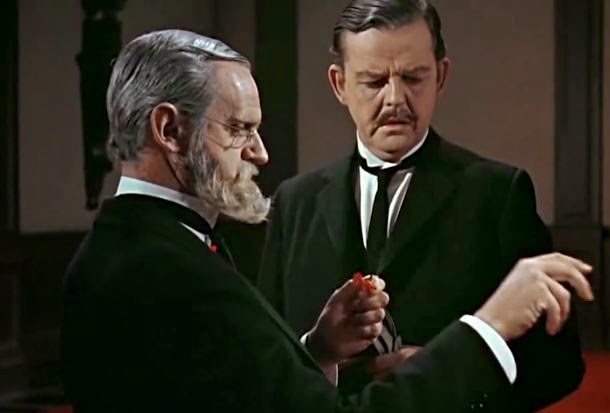 The plot is based on the first book, where the Banks family has lost yet another Nanny who can't stand taking care of the children. The father Mr. Banks doesn't spend much time with his son or daughter, and gets frustrated when things are out of order. Without a nanny, his children are causing a bit of chaos (for him anyway),so he looks for one right away. 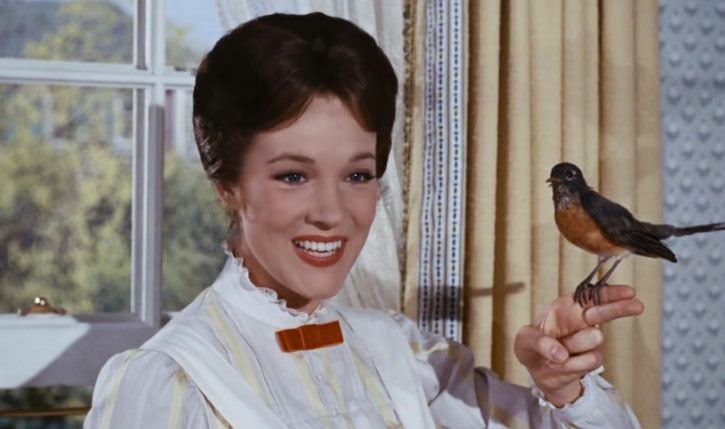 The new nanny is Mary Poppins, who amazes the children with unexplained magic, and a cheery but firm attitude. She causes the whole household to sing and be almost overly-merry, except for the father who doesn't quite get it. 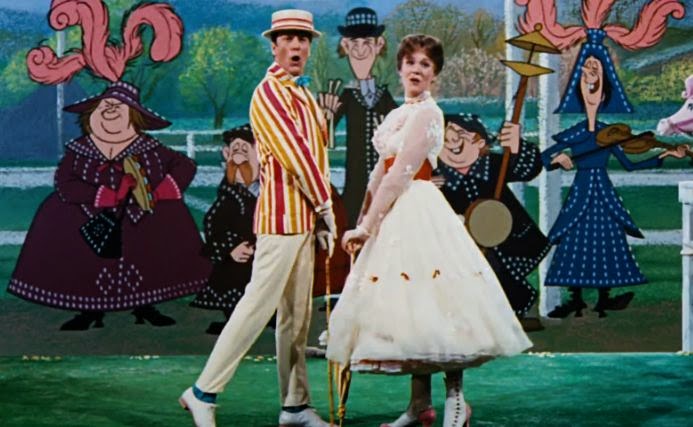 I can honestly see why Travers hated the film, as a lot of the plot is drawn-out by silly songs and dances. Why I really enjoyed Let's Go Fly a Kite and others, a lot of them didn't impress me terribly much. I have to admit that meshing real actors with cartoon in certain parts of the story was probably astonishing back in 1964 though it's not quite as amazing half a century later. I liked it a lot more than Travers, but it's not that close of a fondness people had for it in the 1960s.
Posted by Adam at 3:00 PM

This is one of my favourite films ever! I can´t remember how many times I have watched it. By the way, thanks for your recommendation about " The secret life of Walter Mitty", it was a nice film about life and people feelings. Kisses:)

I totally enjoyed this movie.

I enjoyed it, but it dragged on a bit long at times

I loved this one as a kid. I bought a copy at a yard sale for $1 last summer, excited to watch it all over with my girls. My oldest walked away about 10 minutes into it, and I wanted to shoot myself not long after. Longest, most sing song-y movie EVER. One I will not be repeat watching again.

i love, love, love this movie. it reminds me of my childhood. adam, do you have a movie that does that for you? i can't tell you how many times i've seen it. i have such fond memories of me & my mom watching it together, and singing all the songs from the album. yes, we had the record. it was the 1st movie she saw at the theater with her dad. so it was very special to her. honestly i tried to read the books, & they bored me. i still want to see that banks movie though.

Dick Van Dyke's appalling attempt at an English accent is always worth a laugh!

All of my family (well, except for Mr. Sweet, maybe) loved this cheery, silly, full of fun and magic movie...taking it for what it was, a fairy tale in it's own right. :)

I haven't seen it in years (decades probably ;) but I loved that movie so much when I was a little girl! I would have to see it again now to see if I still liked it, but I think considering when it was made it was a wonderful movie :)

A great and magical movie for children ! <3

I was about 8 years old when this came out, and I fondly remember a friend of my mother's buying me this record album of all the songs. It is one of my favourite movies of all time!