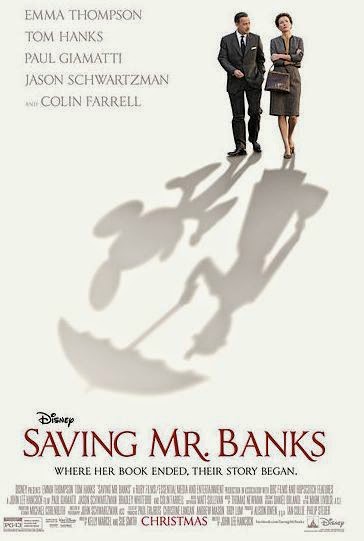 I had heard of Saving Mr. Banks last year, but didn't know too much about it. I knew it had to do something with Walt Disney and the woman who wrote Mary Poppins. Believe it or not, but I actually never seen the Mary Poppins film. Though I wanted to see Saving Mr. Banks as it's a historical film that details the struggle Walt Disney had to go through to make the film reality.

The story begins in the early 1960s. Walt Disney has asked Pamela Travers to let him make a Mary Poppins movie, as his daughters had asked him to do so. Travers has told him no for twenty years, but personal troubles finally make her ponder the idea of working with Disney. 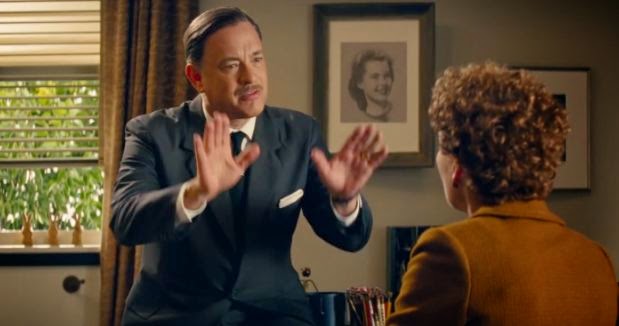 The problem is that Travers can't stand musicals, and hates cartoons. She makes harsh and often ridiculous demands to Disney such as using no animation or having nothing of the color red in the movie. The creative debate between Travers and Disney becomes tough and bitter. 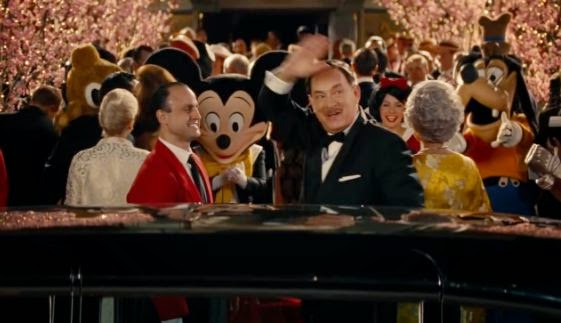 Overall I really enjoyed the film, though I have to complain about some historical inaccuracies. Turns out Travers had less power than portrayed, and that she was less happy with the final result of the movie and working with Disney. Despite that, it's quite the unique tale and I also enjoyed the parts where it told of Travers' early life in Australia.
Posted by Adam at 3:00 PM

Yeah it was a fun one, but they did take some liberties

After reading your post, I researched the real happenings of PL Travers and Walt Disney. I guess we have to remember that Saving Mr. Banks was put out by Disney Studios. They would make themselves look good and it had to be a happy ending. Apparently it wasn't so happy at all. She was miserable. I've read that it was put in her will that if Mary Poppins was made into a stage version, she didn't want the Sherman brothers or any Americans to be part of it. Walt Disney also already had the rights to the book so he wasn't part of the placating process with PL Travers. It was the Sherman Brothers who had to work with her. Wow!

Mary Poppins as a kid was great. When I watched it as an adult, I thought it sucked big time. I would never sit through it again. However, I would like to see Saving Mr. Banks.

I didn't expect to like it but I did. Definitely Emma's movie.

I enjoyed it to

Thanks for your take on it, Adam

Great review, I would watch anything with Tom Hanks, though I did miss this movie on the big screen.

I meant to see this while it was out in the theater but I didn't get to. I want to see it soon on DVD though. Thanks for the review.

I liked very much this film when I saw on theatres last february ( I think). It makes me feel things and that is something that I look for when I go to the cinema. Very good post. Kisses:)