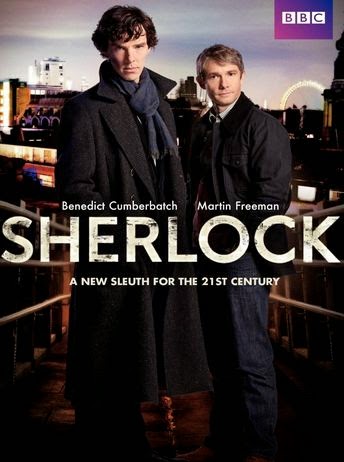 When I was younger I read a few of the original Sherlock Holmes stories, but other that I'm not terribly familiar with the character that much besides the stuff he's synonymous with. Someone told me to watch the show Sherlock which originated in the United Kingdom. I was shocked to realize that there was only three episodes per season, but they're almost like individual films so it evens out. 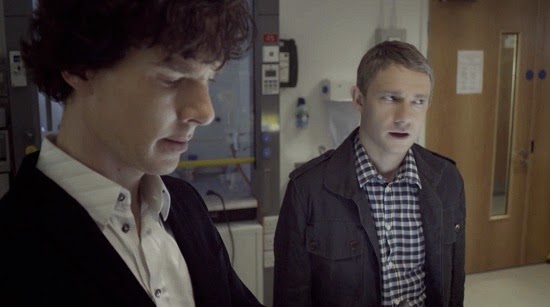 Unlike some other works based on Sherlock Holmes, this one is set in the modern day. John Watson is an army doctor who has recently returned to England from war. He meets Sherlock Holmes and they become room-mates. Watson is shocked, but still impressed by Sherlock's ability to deduct almost everything about a person in less than a minute. 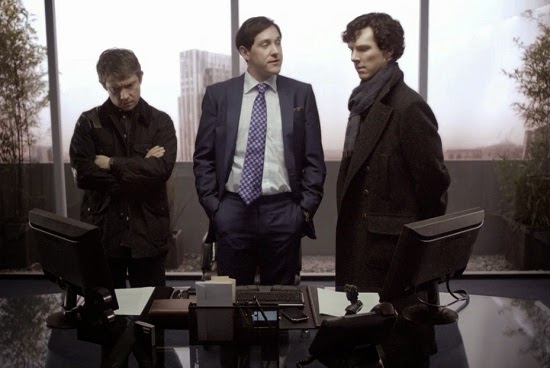 He finds out that Sherlock is a consulting detective who is often asked by the police to help them solve cases that stump them. Watson enjoys the thrill of the cases, and often assists Sherlock in solving them. However the two become quite notable, and gain the attention of a powerful nemesis. 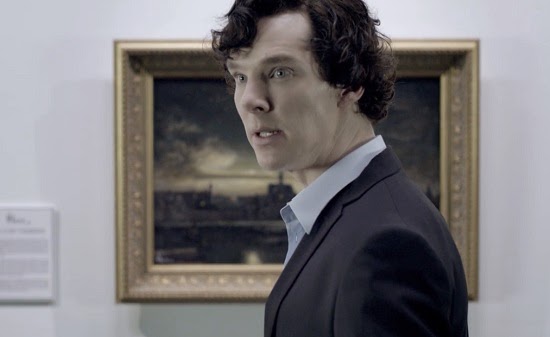 Overall I will only describe Sherlock in one word, brilliant! The episodes are based on classic stories with a modern twist, but they're so amazing that it's hard to quit watching them once they started. I haven't been so impressed by a television series in a very long time.
Posted by Adam at 3:00 PM

This is on my "to watch" list too! Someday when I have the time!

It's beyond brilliant and if you pay close attention, it's got a fun bit of dark humour in it. Great show. Love it. Truly brilliant.

I've not seen this one, either. I generally don't like any "new" movies or tv series that are remakes......like the new Bonnie and Clyde...did not like it even a little bit....
I have seen the original B&C about 6000 times and still love it.
I saw an olden movie about SH....a long, long, looong time ago.

Mrs. Chatterbox loves this program and can't get enough of Cumberbatch. Me, not so much.

I know a lot of people are watching these currently, and I have to admit, I've been curious. I may have to check it out. Is it on Netflix?

I agree, this is a wonderful series. Wishing you a very happy Memorial Day weekend Adam.

I remember reading somewhere about the three-episodes seasons as well and I thought it was a typo! But my coworker Joey said what you said - about them being kind of like films. This series gets a lot of good word-of-mouth so I need to check it out someday. Adam I also think you might like Orphan Black (a BBC show) as well. It's awesome.

the first two seasons are

I do not watch Sherlock but it looks great !
Have a very nice weekend :)