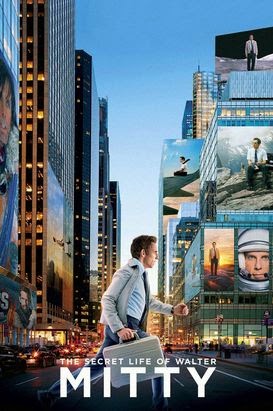 I had heard about The Secret Life of Walter Mitty last year, but was only mildly interested. Certainly didn't have the motivation to see it in the theater. I like Ben Stiller, and the premise seemed promising enough to me to watch it in 2014. 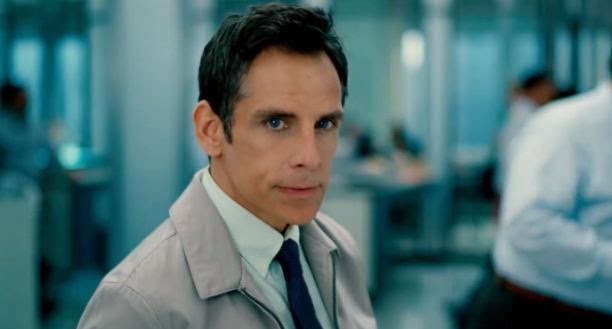 The plot begins with the rather lame life of Walter Mitty. Walter has a crush on a lady that works in the same building but lacking the courage to do anything about it. They both work for a magazine that is seeing their last paper issue. They get closer as Walter needs to find a photo that was lost from a highly regarded photojournalist Sean O'Connell . 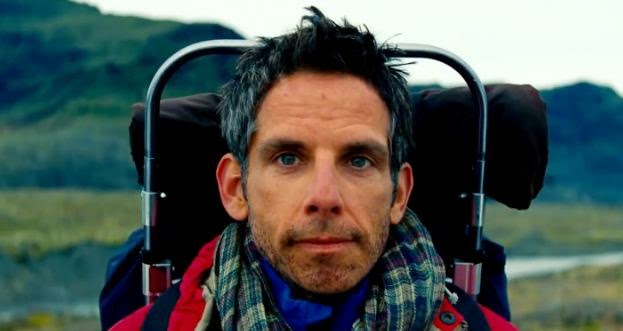 However O'Connell is a tough man to find as he doesn't even use a telephone and is often in the most basic places on Earth. Without much choice and little time, Walter travels to Greenland to find him, but his journey does not end in the Western Hemisphere.

Overall Walter Mitty was a much better film than I expected. His vivid day-dreams were kinda dumb, but I thought the final half of the story was very well-done. While it has some funny parts, it isn't much of a comedy but rather a romantic-drama. Glad to see Ben Stiller do really well in something that isn't a goofy comedy.
Posted by Adam at 3:00 PM

Ben Stiller just doesn't tickle my funny bone. What is it about this three page short story by Thurber that intrigues Hollywood. The Danny Kaye version ran over three hours.

This is a movie we're planning to watch this weekend. I'm happy to see that your review is pretty good.

I'd give it an okay at best

This one looked rather dull to me. Kind of made me think it ripped off that old Brendan Frasier movie Bedazzled. At least, I think that was what it was called.

Art saw it on the airplane and said he really enjoyed it too.

Adam I watched this on the pane while flying back from Germany and I really enjoyed it. This is definitely my favorite Ben Stiller movie. He really showed that he can pull off a dramatic role.

I haven't seen it yet, since I cannot stand Tina Fey... but I will someday

she's not even in the movie

I haven´t seen this one, ...yet. But it caught my attention. Kisses:)

I haven't seen the new version but the 1947 original film, starring Danny Kaye, has always been one of our favorite olden movies....

I need to watch this movie, I haven't seen it yet! :) Thank you for the review, now I'm really curious.