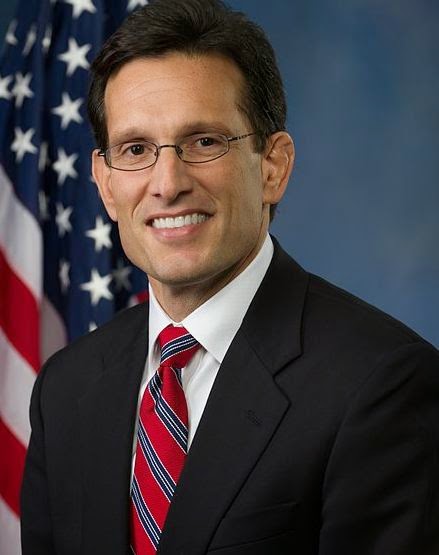 The House of Representatives' 2nd most powerful member just lost his house seat because he lost in the GOP primary to a new challenger named Dave Brat. Since Cantor cannot run in the general election in November, he obviously will not be in congress anymore. Cantor is the House Majority Leader, and is the first one in U.S. History for either party to lose in their party's primary.
Posted by Adam at 11:30 PM

This is good news for Democrats like me though, as I do not believe that Mr. Brat has a chance in the general election.

I'm not sorry to see him go, but this new guy, should he win in the general election, will no doubt be worse.