Fact of the Day: Denver 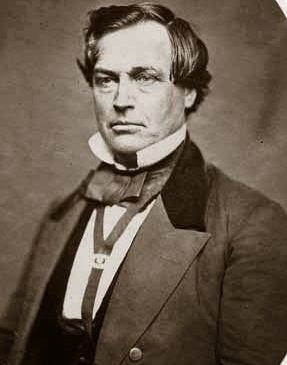 The capital of Colorado, Denver was named Denver City by its founder William Larimer, Jr.. Larmier hoped that naming it after Kansas territory Governor James Denver would make Denver help the town he was named after. Ironically Larmier didn't know that Denver had already resigned as Governor by this time.
Posted by Adam at 12:00 AM

Email ThisBlogThis!Share to TwitterShare to FacebookShare to Pinterest
Labels: Colorado, fact of the day, kansas

What a mistake:)
God day Adam. Wishing you a nice week:)

Oh well, at least his intentions were good.

you mean it wasn't named after the last dinosaur? :)))

I'm always amazed how you find out all these interesting things! What a shame he was too late, but he had a really good idea :)

And now Larimer only has one tiny street named after him. He should have just tried to name the city after himself to begin with. Go big or go home.

Cool detail! Thanks for passing by my blog Adam!

I love to know this Adam:))

I guess the name stuck even without the ex-Governor's help.