While I had no idea Salt was even a movie back in 2010, I have noticed it very recently. I wasn't too sure what it was even about. Though I also realized this is (I think) the first movie with Angelina Jolie that I've ever seen. 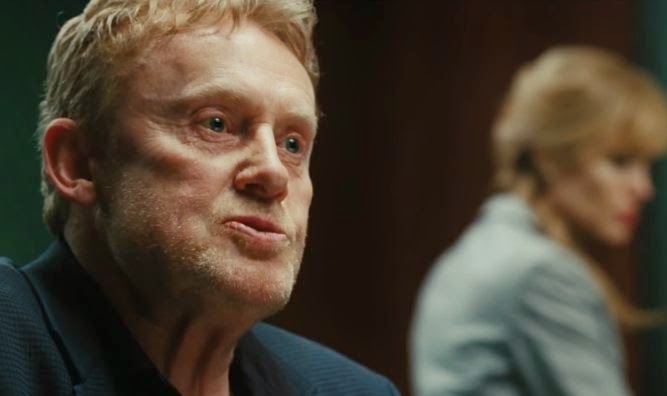 The story begins with agent Evelyn Salt and her colleagues questioning a Russian man named Orlov. He tells them something unbelievable, and doesn't make much logical sense on paper. Though if it were true, it could cause more than enough international drama for both the United States and Russia. Things get serious as he says Evelyn Salt is not really American, but Russian. 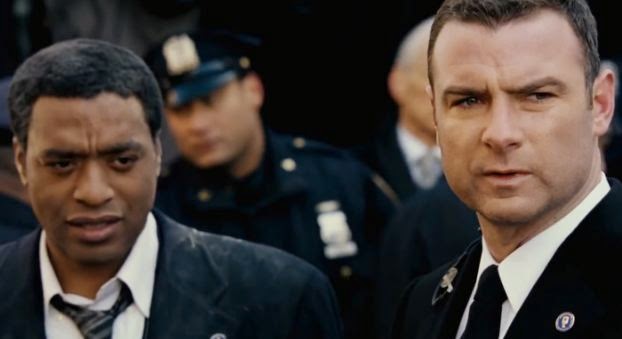 Evelyn's life turns upside down as her husband goes missing, and the trust she had with her colleagues has been shattered. In an effort to find her husband, she flees though her former co-workers now aren't sure if she's friend or foe. Though they are determined to find out the truth. 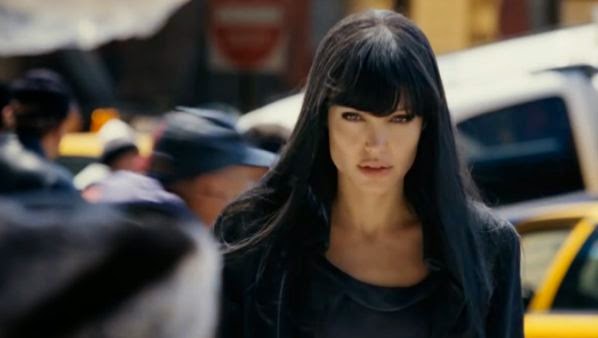 Overall Salt was a decent action-thriller, but nothing terribly special. I admit Angelina Jolie was pretty cool as Evelyn Salt, however the plot is overly complicated, confusing, and some things make little sense. I also guessed the real villain, making it fairly predictable as well.
Posted by Adam at 3:00 PM

Never bothered to watch it, looks like that was a good plan

I usually like Angelina Jolie, but this one failed to capture my attention in the previews, so I completely skipped watching it. Guess I didn't miss much!

I didn't care for the movie, either. I do like her and think she's a great actor...
Her Maleficent' is supposed to be a top money maker for her.

Yeah, I was also not impressed by this...

Hi Adam!:) Seems like a good movie, with plenty of intrigue.

I love espionage films, and this one was a good one. Plus it has Angeline Jolie, I mean c'mon.

I cannot stand the ebil wench....

I love Angelina Joli movies. I think I've seen everyone. My best are Original Sin with Antonio Banderas and The Tourist with Johnny Depp. You should see both!

I haven´t seen this movie .I remember when it arrives on cinemas.Kisses:)

I believe I have seen the first one!