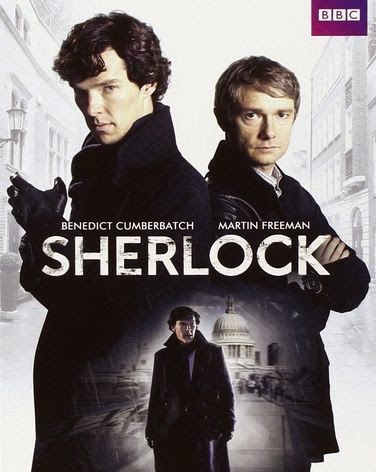 While I never watched the show until very recently, I've been absolutely impressed by this modernization of Sherlock Holmes from the United Kingdom. Season 3 actually came out earlier this year, so now I'm finally caught up. As I mentioned before, there's only three episodes, but they're almost like their own movies so it evens out. 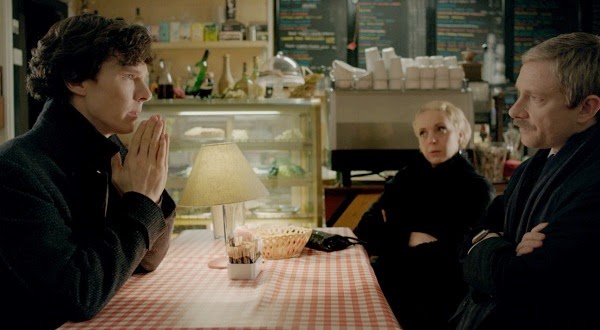 The story begins a few years after Sherlock Holmes's apparent death. After making sure there is nobody in Jim Moriarty's circle that can do harm, he returns to London. John Watson has mourned and moved on, and he's even about to get engaged to a woman named Mary. Sherlock surprises him, but John is angry with Sherlock about not letting him know that he was still alive. Though the duo become best friends again, and solve crimes together. With their nemesis Jim Moriarty apparently gone from this world, they make a new foe. The brilliant Charles Augustus Magnussen uses known secrets of people to his advantage. When a woman goes to Sherlock for help, the two geniuses clash. While I didn't enjoy the third season as much as the first two, it's still amazing. I'm also happy that the typical cliff-hanger ending that was in the first two seasons isn't so bad in this one. As it will be at least 2015 or even 2016 before there is a fourth season of Sherlock.
Posted by Adam at 3:00 PM

This has such a huge following - I don't watch it religiously but whenever it's on, I get throughly immersed into the episode!

Mrs.Chatterbox is a big fan of this program.

That sounds interesting. Don't know if we have it here as yet.

Enjoyed this season as well

My stepdad is from England and LOVES British shows. I asked if he'd watched this one and he didn't even know it was on. I'll have to pass on your review.

Sucks that we have to wait so friggin long

It was a great show. I started watching with my mother one night and was hooked.

I love Sherlock and I love Elementary too!

Why Girls Are Weird said...

My husband LOVES this show!

That is quite a wait for the fans. I get irritated if I have to wait too long for a new season to start.

I just started watching this show! its got me hooked