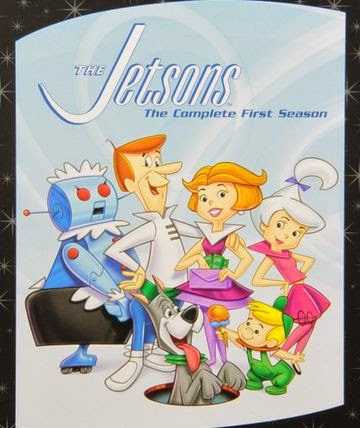 Though not as good as The Flintstones, I loved the futuristic cartoon family The Jetsons. One of my favorite cartoons to watch as a kid. I also had no idea that the first season was from the 1960s, but took until the 1980s for the next two seasons to come along. Talk about a long wait for those around at the time. 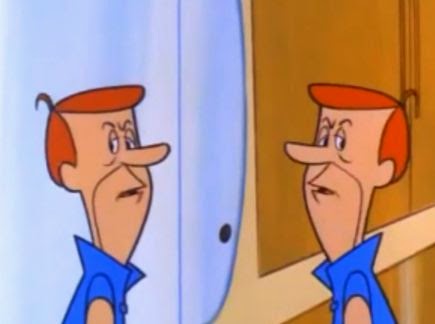 George Jetson had a lot in common with Fred Flintstone. Typical family patriarch who hates his job. Instead of a foot-powered vehicle, he has a flying car. I'd imagine Fred would be a little jealous, he never even got shoes. 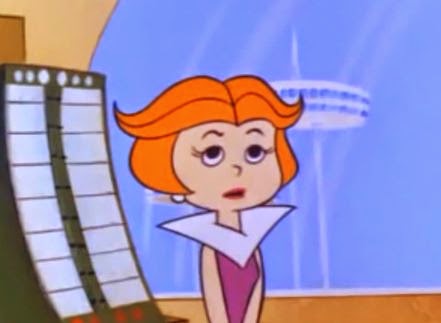 I'm a little indifferent towards his wife Jane Jetson. She had her moments, but she was no Wilma Flintstone. 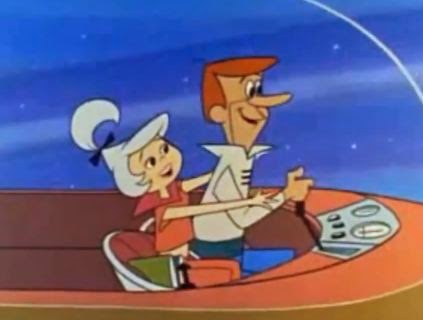 Instead of an infant, the Jetson children were older and had their own stories. Judy was a bit forgettable though. 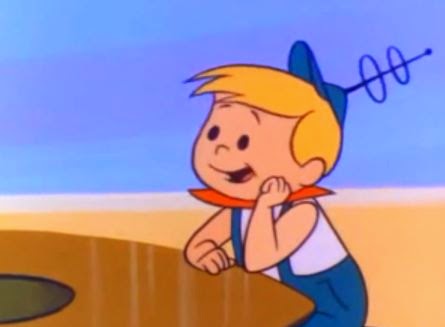 Elroy was much cooler, and I forgot how good he was with science and technology. I more remember him with his dog Astro. 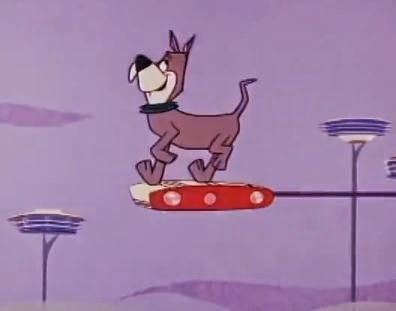 Speaking of Astro, he was pretty cool. Not as cool as Dino the dinosaur, but cool. 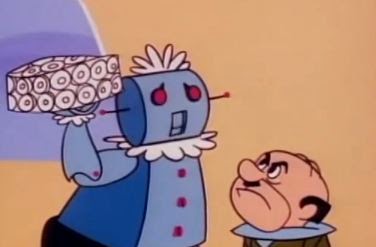 Rosie the Robot was one of the best characters. Snarky and more human than most characters on TV. 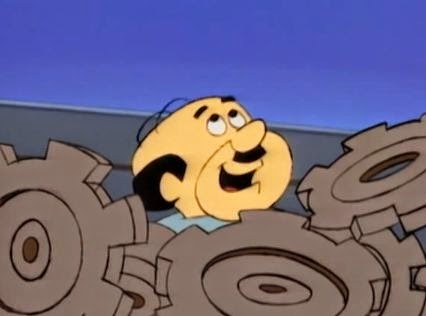 Then we have George's bitter boss Mr. Spacely. Often firing George for little things and reversing his choice at the end of the episode.
Posted by Adam at 3:00 PM

I did watch the Jetsons as a kid but I never liked it as much as the Flintstones.

I liked it better than the Flintsones, and I wanted Rosie as my maid.

I remember them and I like more than Flinstones too:)

I enjoyed it, the flintstones jetsons crossover was really good.

I loved the Flintstones as a kid!

Wilma is the best. I named my new washing machine
after her. And if we get the dryer, I'll name her, Betty.

The Jetsons! I used to love this cartoon too!

I love the Jetsons, it was funny :)

I've never seen this one. But The Flintstones were popular in my country too

Loved the Jetsons too!

I used to watch this with my kids..we all liked Rosie the best, too. :)