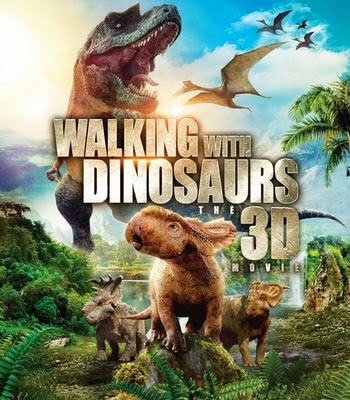 I had sort of noticed Walking With Dinosaurs last year, though I rather ignored it. Though I figured it has been a long time since I saw any movies with dinosaurs in them. I have a keen interest in geological eras and past species of the planet, so I figure it couldn't be that bad. 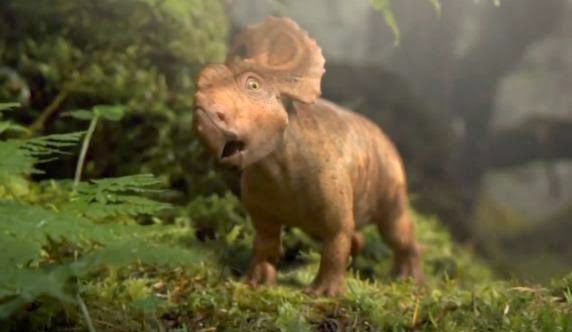 The hero of the story is Patchi, who is a Pachyrhinosaurus dinosaur from the late Cretaceous period. You see him first as a mere baby dinosaur just learning the world. Though he meets the grim nature of Earth rather quickly. 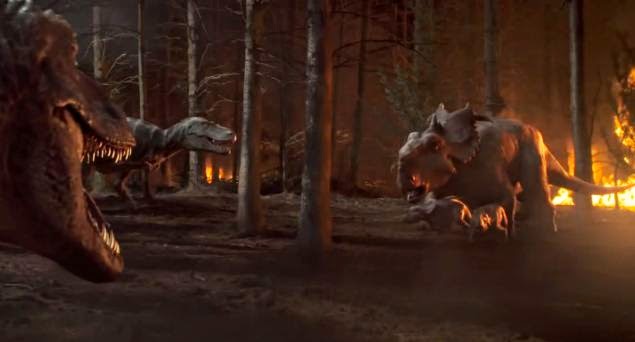 He goes with his herd as they migrate south, though tragedy hits the herd more than once. Patchi loses his father to a mighty dinosaur and is separated from the group. Patchi must join his brother and his friend Juniper as they travel to meet back up with their herd. But they must hurry and be careful, as many powerful dinosaurs are close by. 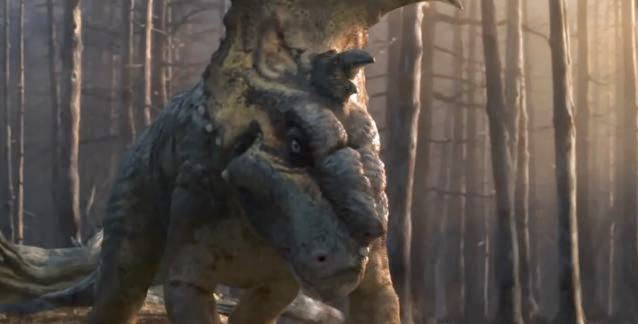 Overall Walking With Dinosaurs is a decent film, but I'm rather shocked that critics hated the movie. It does a fine job with making sure all the dinosaurs are from the same time period and area. I also thought the animated world looked pretty real except some cartoonish looking dinosaurs. Though I will say it's not that spectacular as the story is rather bland and lacks a real antagonist.
Posted by Adam at 3:00 PM

I saw this last year with a grandgirl and we both enjoyed it. It's one of those movies that, if you don't expect a whole lot, you just might like it. :)

I don't think this movie came to Italy, I have not heard about it.

I was sow this

I want to see this movie !

Heard of it but passed it by

I seem to recall when this came out but I never saw it. I don't like movies with animated dinosaurs and prefer actual footage.

to be fair, that just a little hard to do with dinosaurs.

I remember seeing ads for this one too. If it comes to Xfinity on Demand, I will watch it with my girls. I probably won't go out of my way to rent it at a place like Redbox though.