Fact of the Day: Democratic Comedy 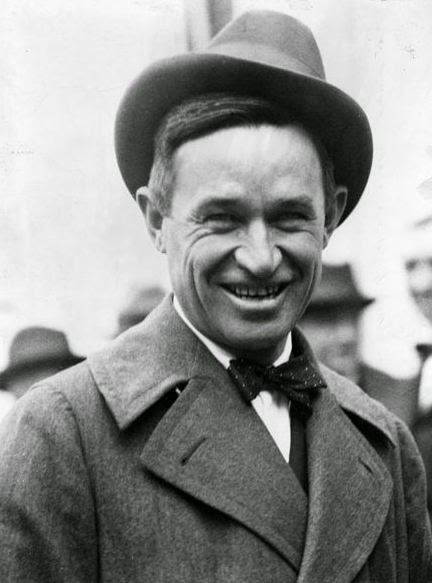 One of Hollywood's most notable celebrities in the early 20th century was Will Rogers. He was quite notable for his jokes and political wit. One example of his humor being "Everything is changing. People are taking the comedians seriously and the politicians as a joke." While he supported members of both parties at times, he was partisan which he admitted with some added humor "I belong to no organized party, I'm a Democrat." His son Will Rogers Jr. served as a Democratic Congressman for California in 1943-1944.
Posted by Adam at 8:42 AM

Email ThisBlogThis!Share to TwitterShare to FacebookShare to Pinterest
Labels: California, democrat, fact of the day, will rogers

LOL even though I'm a democrat, that's a pretty good joke :)

Have heard of him..

What a talented humorist. It's a shame we don't have someone like him nowadays.

Isn't he the fellow who maintained he never met a man he didn't like?

Today, he'd be a great stand-up comic and probably a movie star like the rest of them.

lol and they still are a joke

Yes, I know him and some of his funniest quotes!

Yes, he was a funny man