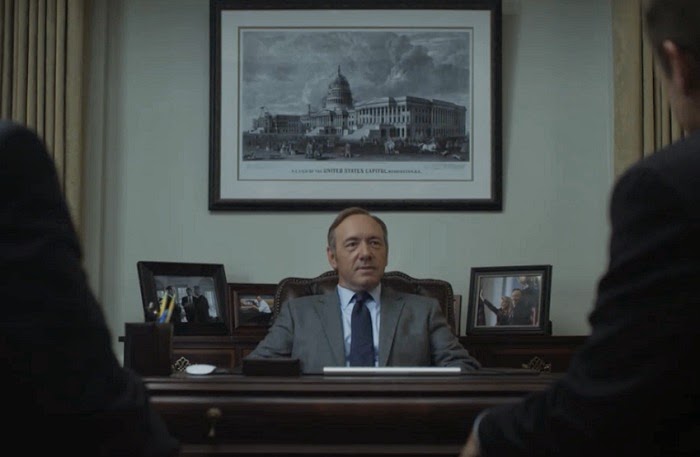 I have to admit, when I heard about House of Cards I wasn't very interested. It was one of the first Netflix Original series, and because of that I didn't give it much respect. Then I heard of how well it did with critics and a few people I know also enjoyed the show. It's actually based on a British show of the same name in the 80s and 90s, except set in the present day in U.S. Congress. 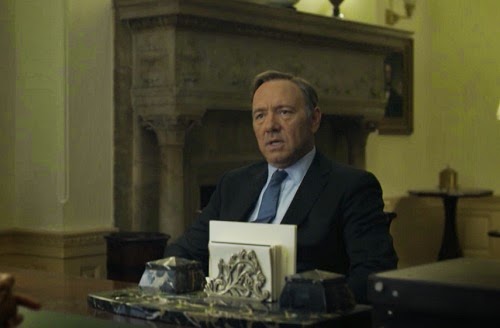 The story begins with the Democratic House Majority Whip Francis J. Underwood who has been representing South Carolina's 5th Congressional District for over twenty years. He's ready to leave the House of Representatives as the President-elect promises to nominate him for Secretary of State. Right before the President starts his term, Frank Underwood is told he won't be Secretary of State as they want him in the split Congress to pass bills. Feeling betrayed Frank decides to leave his alliances behind and get what he wants through his own process. 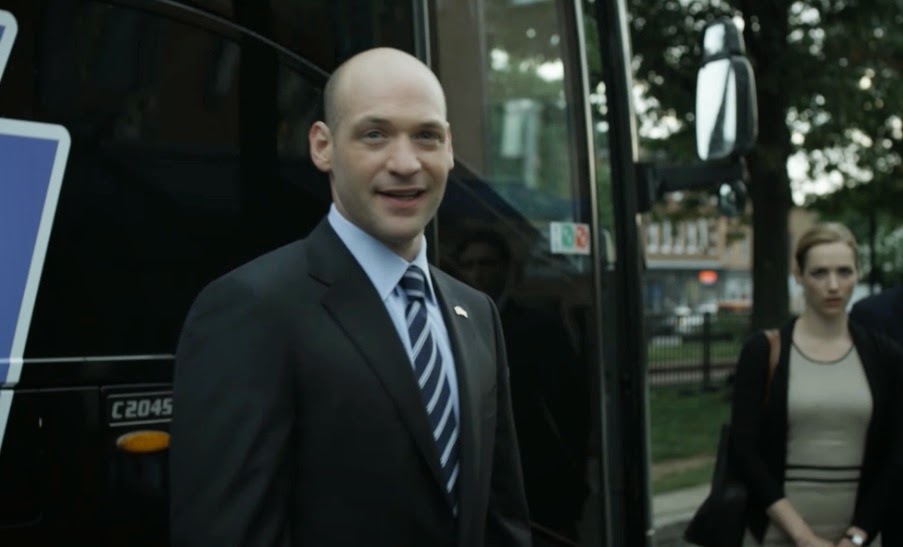 Frank uses very questionable methods to progress his political career. For example he personally destroys Micheal Kern's political reputation as he was nominated for Secretary of State in his place. He also controls a congressman named Peter Russo as he knows his "bad habits", for a political advantage. As the season goes on, it's clear that Frank is willing to do almost anything to climb the ladder. 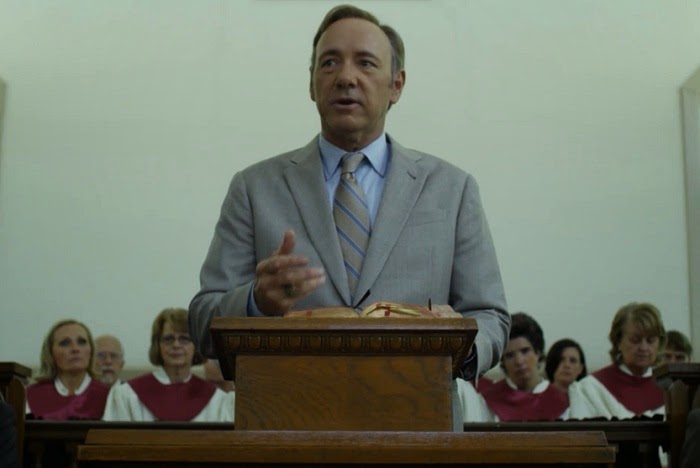 Overall House of Cards is an amazing show, and being a political person I also enjoyed it for being set in Congress. As a South Carolinian, I was delighted to see the character Frank actually be from South Carolina. He is from Gaffney which isn't terribly far away from where I live. I loved the episode where he goes back to Gaffney to solve a crisis from a local tragedy. If you haven't watched House of Cards yet, you truly are missing out.
Posted by Adam at 3:00 PM

I've seen every episode and wouldn't think of missing it.

I discover this serie on your blog !

not really my kind of tv series but it would be interesting to see at least 1 show before i totally judge it. hehe

My husband mentioned this one as one we needed to see. As soon as we finish Orange is the New Black, we'll probably give this one a shot.

I watched season 1 last summer and was HOOKED. I will be ordering season 2 on DVD soon since I don't have Netflix. Great great show.

haven't seen it, I do not watch political shows

I LOVE political shows...and I also love Kevin Spacey so I will see if we get this series...hope we do.