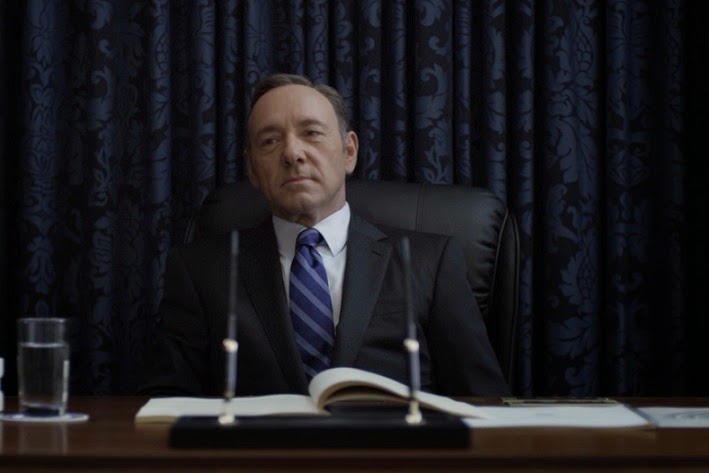 Earlier in the month I watched the first season of House of Cards and loved it. It's based on a British show of the same name but instead of being set in British Parliament, the story is focused in U.S. Congress. House of Cards shows the darker side of politics, and it's anti-hero Frank Underwood will stop at nothing to achieve his dreams. 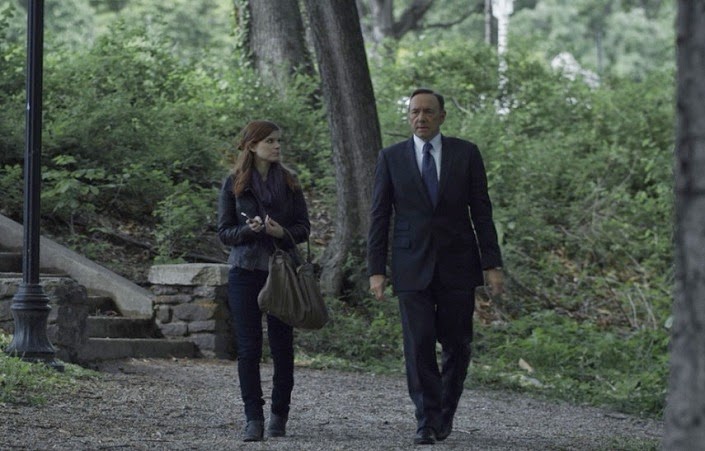 The story begins with Vice President Jim Matthews leaving office to return to being Governor of Pennsylvania after Peter Russo's death. Frank Underwood is personally picked by the President to replace Matthews, and is happy to accept the Vice Presidency. However Zoe Barnes has suspicions that Frank was responsible for the death of Peter Russo, and Frank decides to do what he must to never let the truth be known. 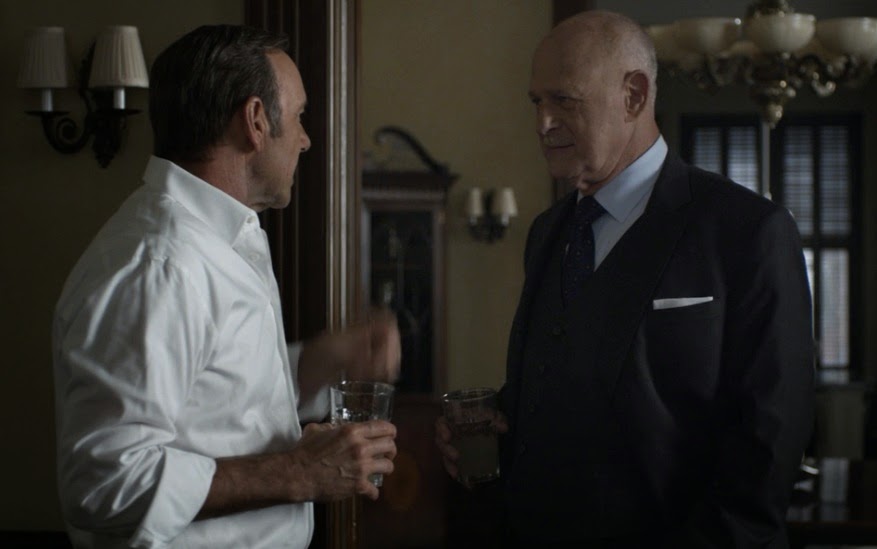 While Frank gets to be Vice President, it won't be so easy. Instead of having power in the House of Representatives, he is in charge of the Senate. When bills need to be passed, he is often at odds with Republican opposition. Partisan politics isn't Frank's greatest worry either, as he wages personal war against the President's long-time friend Raymond Tusk. He doesn't like how he can convince President Walker of almost anything, and they two end their fragile alliance when they disagree over an international conflict with China. 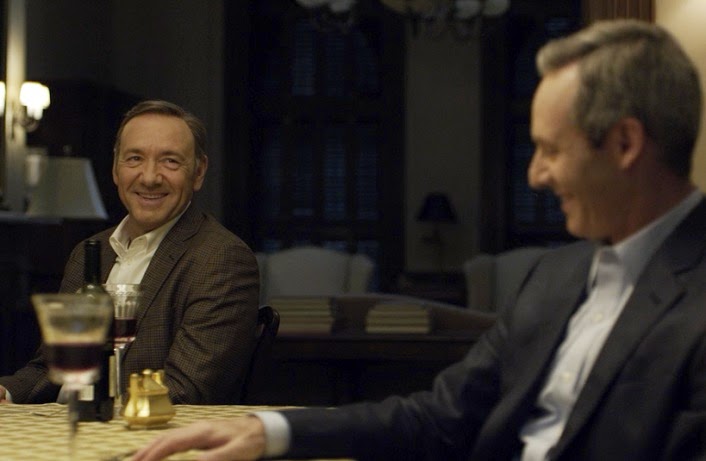 Overall the second season of House of Cards is about par to the first. I will say that I expected Frank to be a little more evil, as when the story goes on he is more personally likable. I also knew perhaps too much about the original British show, as I could easily connect-the-dots to what would happen near the end. While I did enjoy the story, I did imagine the way it would happen much differently in my imagination.
Posted by Adam at 3:00 PM

Even with its flaws, this is still one of the best shows on TV.

So glad when that push came and she kicked the bucket

that was my favorite part, never saw it coming (the way it did) but that's the genius of it.

I started watching it but it was too political blah blah for me.

I love that Season 2 closeup of Frank's cufflinks that spell out his initials and his philosophy of life -- "F. U."

I heard this is so good Adam!

it is also an ode to the British character from which he is based Francis Urquhart who was known by those initials.

I am almost looking forward to completing Orange is the New Black so we can start this one!

I still havent started watching it. Well since I saw all episodes of Suits maybe I can start with this. :)

Kevin is one of my favorite actors.