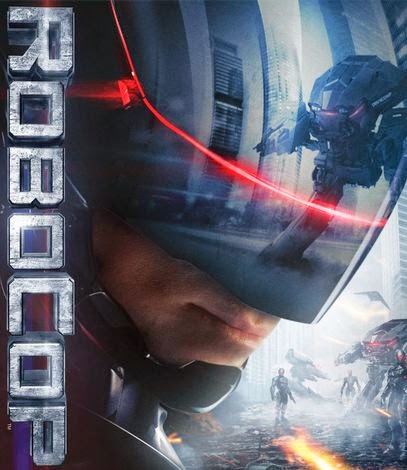 While the original film came out a year before I was born, I have seen it. While it wasn't one of my favorite movies of all time, I did think it was a pretty cool film. Movie remakes are often terrible, does RoboCop impress for a new generation? 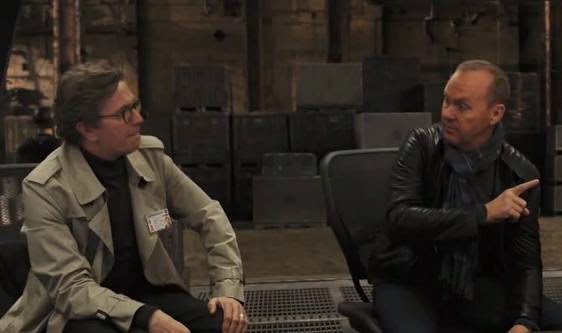 The story begins with Raymond Sellars who owns Omnicorp which makes robots used for the military. While they have been successful in war, Sellars can't convince Congress to let them be used in place of the police in America. Since robots don't have feelings, many fear that innocents could be hurt for no reason. 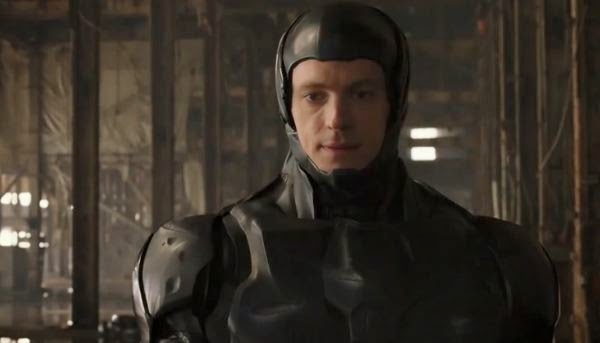 Sellars has the idea to combine his robotic technology with human beings. The first of the cyborgs is Alex Murphy who almost lost his life for his heroic actions as a police officer. Not only does his suit keep him alive, but makes him nearly invincible. But Alex learns that the more he succeeds at protecting the citizens of Detroit, he starts to lose more of his humanity. Overall this new RoboCop movie is fairly disappointing. I figured it wouldn't hold a candle to the original, but I had hoped to be proven wrong. The basic plot is very similar, but the differences are many. A lot of the political points the original made were lost in translation, and the plot and characters just don't compare. If you haven't seen the original it may be a decent sci-fi movie. However if you have, then you might feel a little embarrassed.
Posted by Adam at 9:15 AM

Knew it was crap, glad I didn't waste my time watching it

I think there's something about all the fancy graphics they use now that takes away from the story. In the 80s, it was all about the story.

I agree with you, Adam. I watched this recently, and I was not very impressed.

Happy I didn't bother watching it.

That's pretty much what I figured and why I haven't seen it yet.

This one came and went in a blur here in Portland.

not a big fan of films like this. but knowing that the original is way better than this remake... i'm glad i didn't bother to watch. Might be fun to watch the original though :)

I saw the original...and, like you, I don't generally like remakes. HOWEVER..I have to say that ROCKY was one that I loved all 5 movies. hahhaa....none of them as good as the 1st, but still liked them all. I'm a huge fight fan. :)

I am not big into remakes, so I skipped this one. Glad I did!