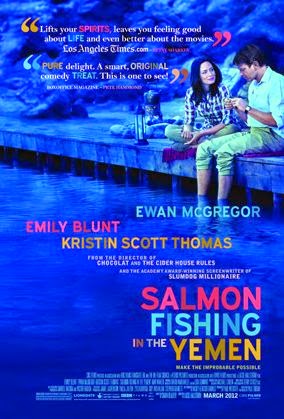 It's not everyday I watch a film I really didn't know much about. But CiCi had watched it and really liked it, and since I really admire the two main actors in it; I decided to see it. Salmon Fishing in the Yemen sounds like the most random subject for a film, but it is quite good. 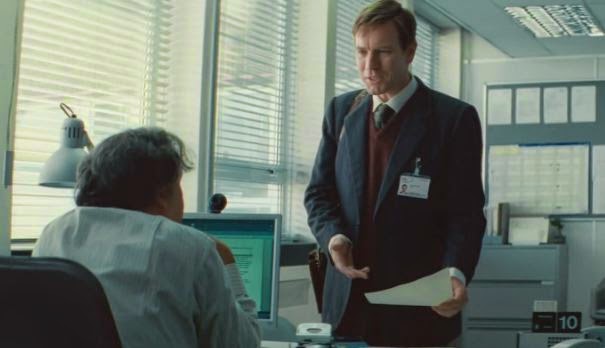 The film begins with Dr. Alfred Jones getting asked to help a project to move thousands of salmon to a spot in Yemen. A sheikh that lives there is an avid fisherman, and has a glorious vision to have the fish in his country. Dr. Jones thinks the whole idea is absurd, but has to do it anyway since the British government needs something to improve relations with the Middle East. 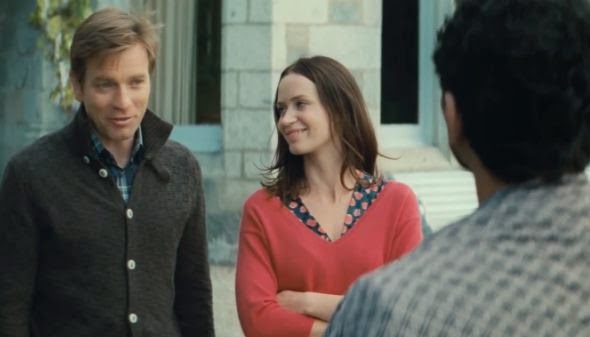 While he makes his objections to taking salmon to Yemen clear, Dr. Jones does lead the project the best he can. His colleague is Harriet Chetwode-Talbot, who helps him and introduces him to the Sheikh. The two bond well with the Sheikh, but both Alfred and Harriet will find more than could ever expect while bringing fish to Yemen. 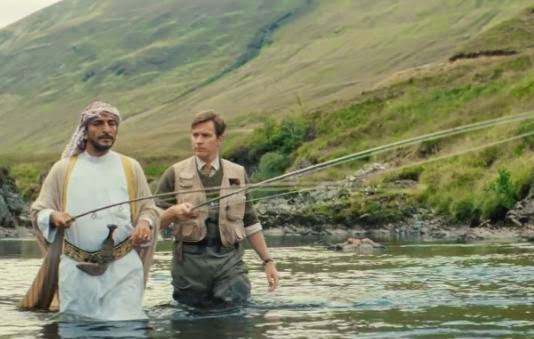 Overall I think Salmon Fishing in the Yemen is a wonderful film, though not quite Oscar-worthy. I really liked Ewan McGregor's character Dr. Jones and his bond with Harriet and his friendship with the Sheikh. While it isn't the greatest film, it's unique story and characters make it one not to miss.
Posted by Adam at 5:11 PM

I just PVRed this off the TV not too long ago but haven't watched it yet -- good to know you recommend it! I love Ewan McGregor in ANYTHING.

Unfortunately, i was lukewarm over this one. It just didn't hook me.

Any metaphors and not-so-hidden layers you'd like to discuss? Sorry, I'm still in Professor mode ;)

I saw this film but I expected much more from it. I like very much Ewan McGregor. Kisses:)

I haven't seen this film yet.

It was good, but a bit boring at times.