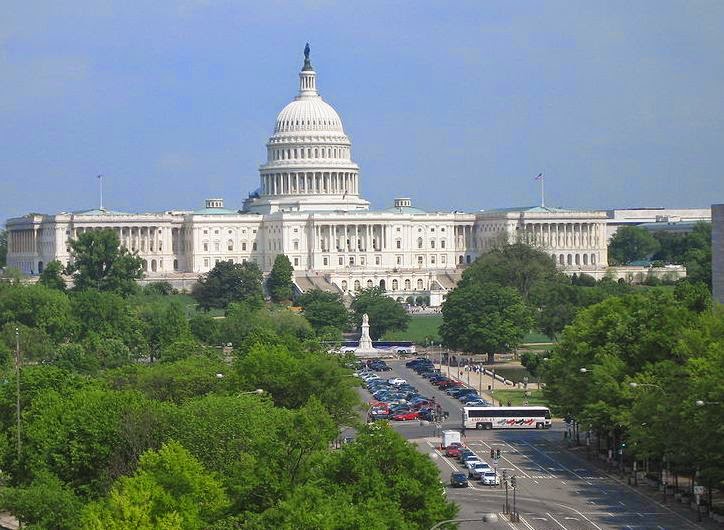 While the D.C. statehood movement has been around for quite some time, President Obama recently became the first sitting president to give his approval. Congress would still need to approve statehood, but I would be for it. Residents of D.C. have no real representation in Congress, and while I think they should have just one representative and one senator, getting statehood would be easier than amending the U.S. Constitution for the D.C. area. While statehood wouldn't be the most ideal move, I'd rather it be its own state than for it to become part of Virginia or Maryland as there would be some laws from both areas that would contradict each other.

What do you think? Should D.C. be a state or remain the same?
Posted by Adam at 5:00 PM

I think it should remain the same. It would cost too much money to change the flags and that money could be better spent. I think Puerto Rico has a better chance of becoming the 51st state.

But 50 is SUCH an even number! The OCD part of me wants it to become part of another state just for that reason!

I agree with Stephen. How much would this cost us overall to make it a new state?

I am absolutely for it! The people of our nation's capital should be represented. It's a shame that they aren't.