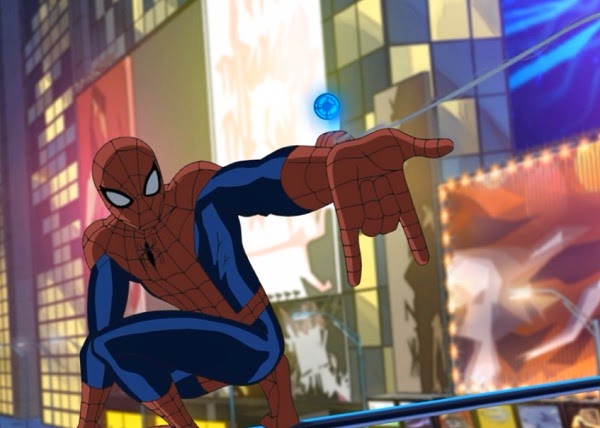 While Spider-Man is my favorite super-hero, I have to admit; he's actually been outclassed a bit by some of the recent super-hero movies. The 90's cartoon is something I cherish, so I watched the first season of Ultimate Spider-Man. While I liked the first season, I thought Spider-Man being on a Avengers-ish team of teenage super-heroes lost a lot of focus.  Is the 2nd season better or worse? 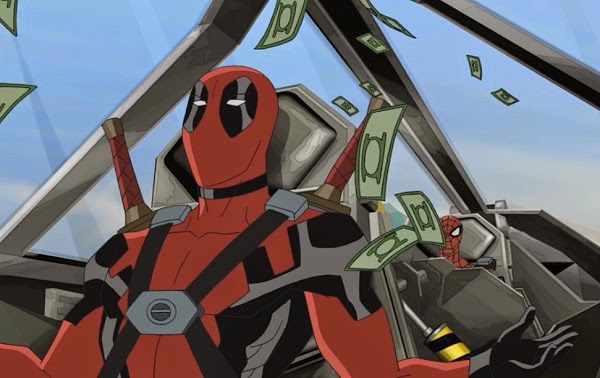 The second season isn't too terribly different from the first, except there's a lot more minor villains that make their debut here. Like Dr. Connors becoming The Lizard, Electro turning into a more powerful blue form, the Rhino causing havoc, and even Dracula. 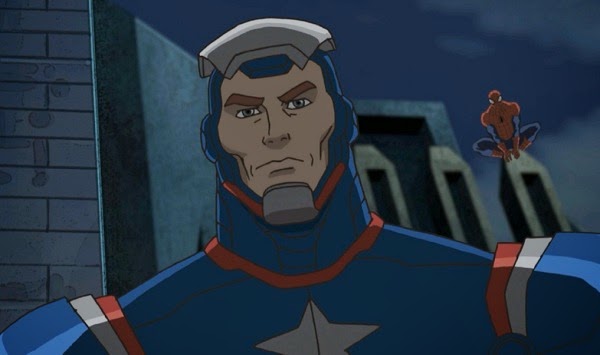 Though the story doesn't start to take itself seriously until Norman Osborn becomes human again. He becomes the Iron Patriot to atone for his wrongdoings as the Green Goblin. Though Spider-Man may not be able to trust Osborn, and he has many enemies who are out to challenge him. 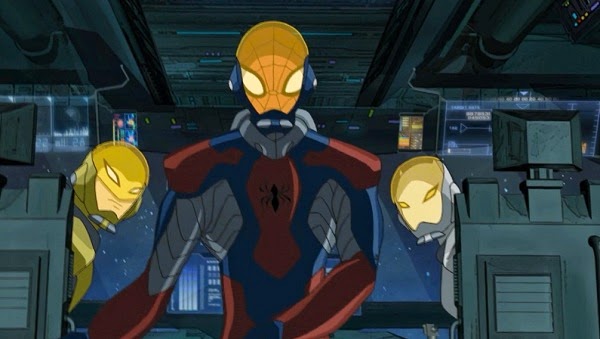 Overall the second season is a bit of a bore. It's focuses too much on quantity of characters and silly jokes to get a serious plot. Though I really liked the Iron Patriot story and the cameo with Wade Wilson. The combat scenes are often a joke with moments that have little progress and uneven powers. I hear they are making a third, and I hope they can do better next time.
Posted by Adam at 5:00 PM

I remember the OLD Spiderman cartoon and even remember all the words to the theme song.
I'm thinking this is sad.

The spectacular one and the 90's one I enjoyed, even enjoyed unlimited a bit, besides the stupid ending, but this one is just boring as you say, just crap.

I never got around to watching this. Animation has changed since then.

Never saw the cartoon before.