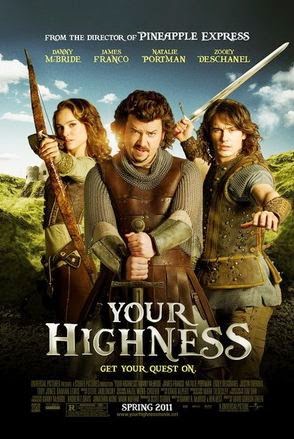 I didn't give much attention to Your Highness back in 2011, but my brother was a big fan of the movie. I also really like Natalie Portman and Zooey Deschanel, so seeing it wasn't a priority but inevitable. As for Jame Franco and Danny McBride, they can be funny though they do have some terrible movies. 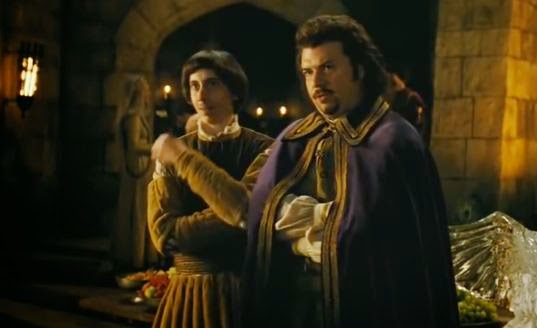 The movie begins with the tale of two princes. One brother Prince Fabious is a hero and worthy to be king one day. The other brother Prince Thadeous is an idiot loser who embarrasses his father constantly. While both brothers care for one another, Thadeous is often jealous of Fabious for his heroics. 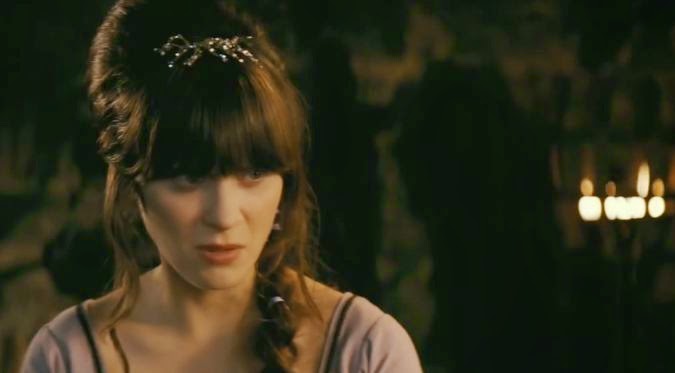 Fabious returns from a quest, saving a maiden named Belladonna from an evil monster. The two fall in love and wish to marry immediately. At the wedding, a sorcerer named Leezar captures Belladonna and takes her to fulfill an evil prophecy. Prince Fabious begins a quest to save her, while his brother Thadeous is convinced by his father to tag along to prove himself useful. 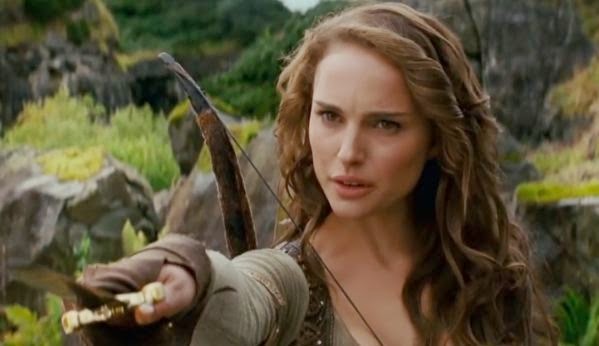 Overall as a comedy Your Highness falls flat. I didn't laugh at a single joke or moment. The level of humor is very juvenile and stupid, though I still liked the overall story. The only real notable role is Natalie Portman as Isabel, who I really liked. The movie isn't exactly terrible, but I think anyone who doesn't enjoy Franco comedies will loathe it.
Posted by Adam at 5:00 PM

I hate it when comedy falls flat! Have a good weekend!

Never even heard of this one!

I heard this one was terrible!

Yeah I watched it a while back and it was pretty vulgar and stupid, humor wise. The story was good though.

I wouldn't even watch it because it has all the actors I despise :) I'd say it's mostly for people with primitive humour.....