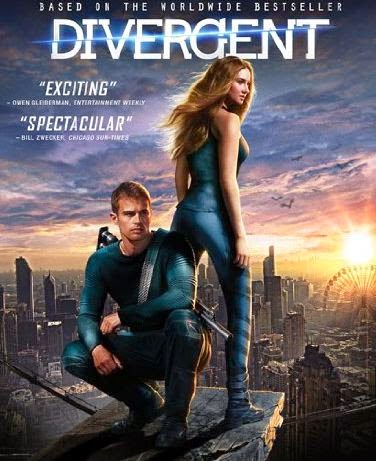 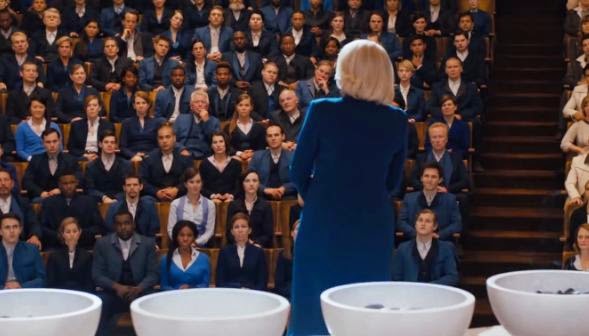 The story takes place in a futuristic and dystopian Chicago protected by a giant fence. The citizens remain mostly isolated from the outside world, and run a unique society. Everyone is separated into five factions, one of the self-less, one for the brave, one for the intelligent, one for the peaceful, and one for the honest. Everyone is born in one of these five, but when they grow up they can make a choice to defect which can't be reversed. 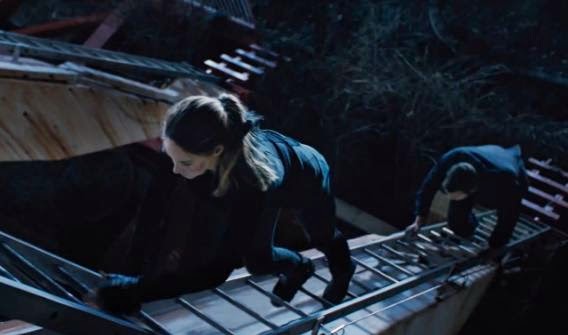 A woman named Beatrice Prior decides to leave the self-less Abnegation for the brave Dauntless. However she is shocked to learn that joining Dauntless is not certain. The leaders test all the newbies to see if they are worthy with brutal challenges. Beatrice begins to feel like she doesn't belong in Dauntless, as she learns she is Divergent which is someone who is mentally independent from all five factions. Divergents are seen as a danger to society, and the leaders of at least two factions are out to see them perish. So Beatrice not only has to worry about staying in Dauntless, but keeping her secret as well to save her life. 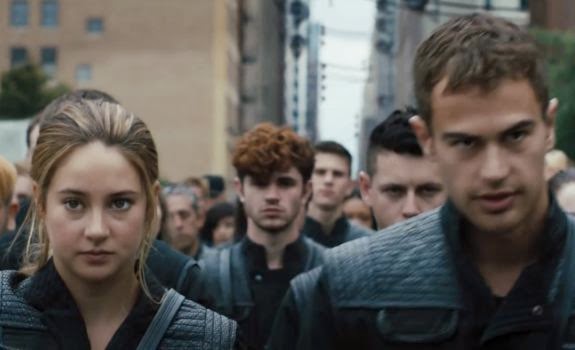 I heard some rather awful critical opinions of Divergent, and I actually enjoyed the movie way more than I thought. It isn't nearly as good as The Hunger Games, but the comparison is a bit unfair. The dystopian tone is similar but I doubt anyone would have compared Divergent to the Japanese book/movie Battle Royale which shares many similarities to The Hunger Games. I also was a bit disappointed by the character of Beatrice, as while she gets stronger as the story goes on; she is often saved by Tobias. I like strong female characters, and compared to Katniss Everdeen; Beatrice is a damsel in distress.
Posted by Adam at 3:57 PM

I love Battle Royale but The Hunger Games and Divergent are not for me !

Skipped this one at my sea

I still need to see this one. I'm just waiting for it to come out On Demand.

I watched this move a couple of weeks ago, and I feel exactly the way you do about it. I enjoyed it much more than I expected, and I was somewhat disappointed with Beatrice's character. But all in all, it was a pretty good film.

thanks for the review, nice to know what it's all about.

It sort of reminds me of Logan's Run.

I'll eventually see this one, even though my daughter wasn't very impressed with it. I need to read the books first.

My husband read the book and thought it was pretty good. I'll tell him you thought the movie was worth seeing.

Hi:! Have seen and enjoyed the Hunger Game films, and have just bought the DVD of Divergent, but the writing was so small, I couldn't read the synopsis on the back. Thank you Adam, for your summery of this film.