Fact of the Day: Civil Abbeville 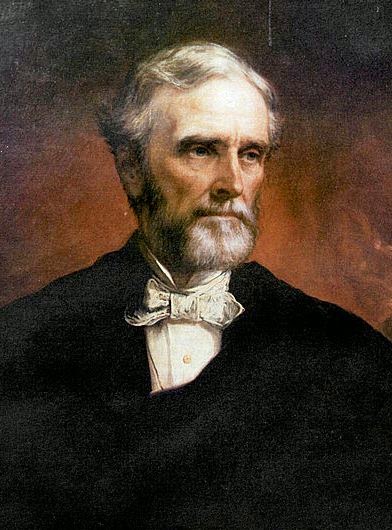 At the end of the American Civil War, the Confederate President Jefferson Davis fled Richmond, Virginia. The first state to secede from the Union was South Carolina, a movement that started in the city of Abbeville. Jefferson just happened to stop for a night in Abbeville after leaving Richmond. It was there that he admitted that the awful Confederacy was over.
Posted by Adam at 12:00 AM

And thank goodness that it was

Couldn't out run it

So Abbeville was the alpha and omega, so to speak.

That is something I have learnt this evening.

One fact that is new to me

Very interesting. We sure are learning things from your informative blog...thanks so much.

What a terrible time that was for your country.

Yay. Yes, it was a dark time in American history but glad it ended.

I didn't recognize Jeff Davis from this portrait. It must have been painted in his later years.

I love learning new things. Thanks!

I didn´t know this anecdote. Kisses:)

Tell me something I know ;)

New info for me! Thanks for sharing :)