Fact of the Day: Governor House 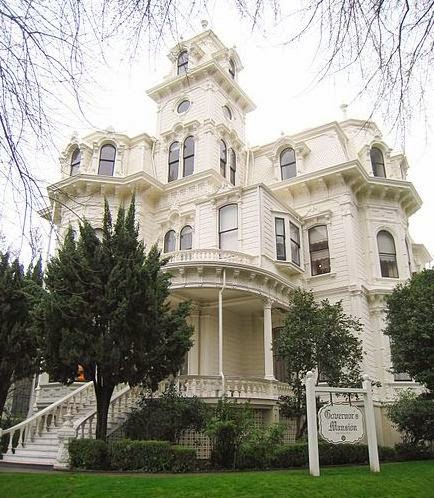 Currently there is no official mansion for the Governor of California. Ronald Reagan was the last Governor of California to live in the old one, which still exists but the building and the land around it is now a state park. Reagan lived there for a few months before moving to a more lavish place to serve as its replacement. When Jerry Brown succeeded Reagan as Governor, he refused to live there. A tradition that was carried by every Governor since then.
Posted by Adam at 12:06 AM

Well, hell. If nobody else wants to live there, I'll take it!

More lavish than that? Wow!

What a great old building with a very interesting history. If only walls could talk.

I really love this house and I think could be a great Governor house!!
http://laviecestchic.blogspot.it

But is is a lovely house! why do they refuse to live there? Kisses:)

My understanding is that Reagan and future governors didn't live there because the property was difficult to secure and protect, not because it wasn't lavish enough.

Why do the politicians have the notion they should receive so many benefits anyway. It is a job, they are subjects of the people, they should be out and about the people. Gads.

A mansion that none of the governors want to live in...maybe it's haunted!!

That looks to be a lovely house, I like it.

That's a beauty of a house but, boy, I sure would hate to climb those stairs and to clean the whole house. Course, it you lived in something like it, I'm sure you could AFFORD to have a full time maid.

what a pity there's no mansion, it's so beautiful!

Pretty but I would not want to clean it.