Fact of the Day: Insane Bovine 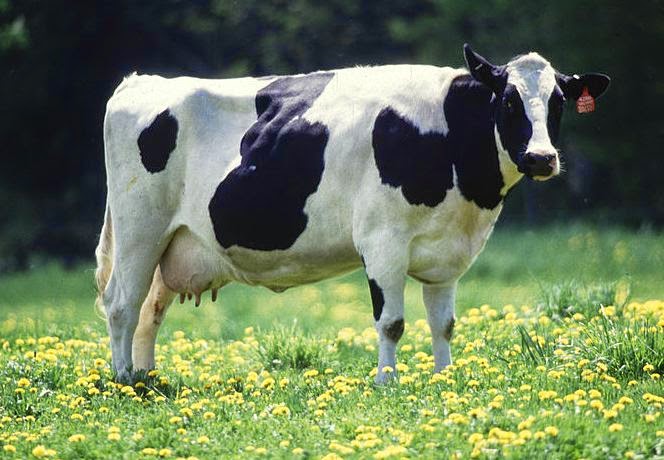 Mad cow's disease was once a very serious concern, as humans who consumed dishes made from beef could potentially get the disease. The illness was unintentionally the fault of humans though, as it began when cows were fed the remains of other cattle instead of something from a plant, as cows are herbivores.
Posted by Adam at 12:00 AM

I remember a few years back how this was a really big deal!

It used to be in the news a lot. Hadn't heard about it for years until this post!

I remember this disease and what it implied. I thought I will never drink milk again and I love it. Kisses:)

Proves humans are idiots once again

We are the source of our own destruction...sigh....

I had no idea cows caught Mad Cow Disease from eating the remains of other cattle.

now the concern is the Ebola virus!

Leave it to humans to do stupid things.

sometimes we are so stupid,

Thats so true and concerning ...

I saw a clip of some infected cows on the news a few years ago and it was the saddest thing I've ever seen. They couldn't walk and just kept falling down ...very sad.

all illnesses are human fault even ebola....