Fact of the Day: Perry Arrives in Japan 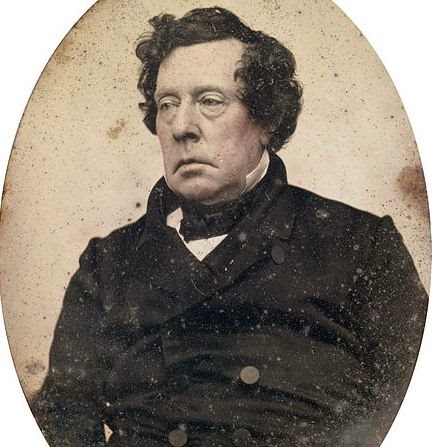 Until the mid-19th century, Japan was a country that wanted to be isolated from the rest of the world. Trade was limited to China and the Netherlands. Commodore Matthew Perry of the U.S. Navy sailed to Japan in 1853 and demanded that Japan end its period of isolation. Perry showed the might of western military technology with his ships, and Japan quickly agreed to President Millard Fillmore's requests.
Posted by Adam at 12:00 AM

I think nowadays North Korea is the most isolated country, right?

Love your blog, very amazing written!
If you want, you can visit mine:
DIARIODIUNACIDO.COM
Kisses Andy

well, US has to put their aggressive snout everywhere.... even in places millions miles away....

And, ever since, the Japanese have been peeved. No WONDER they won't share the secrets of their sex robots with us.

Cause we had the right to do that, right?

I didn't know this. Interesting!

One I never knew about

I wonder how we would have felt if a foreign fleet landed on our shores demanding we trade with them on their terms.

The Japanese do not look at that time very fondly, from what I hear.