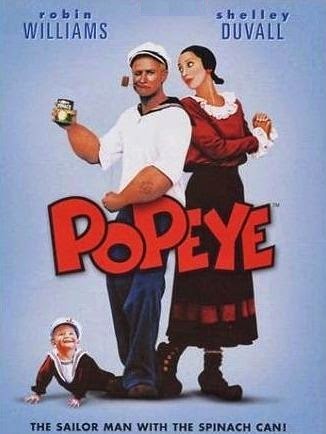 Like many others, I was deeply saddened by the tragic death of the actor Robin Williams. He was a legend, and a very prolific actor. I had no idea that the classic character Popeye not only got a movie, but Robin Williams had the leading role. It was one of his first films, as before he was better known for his work on television. 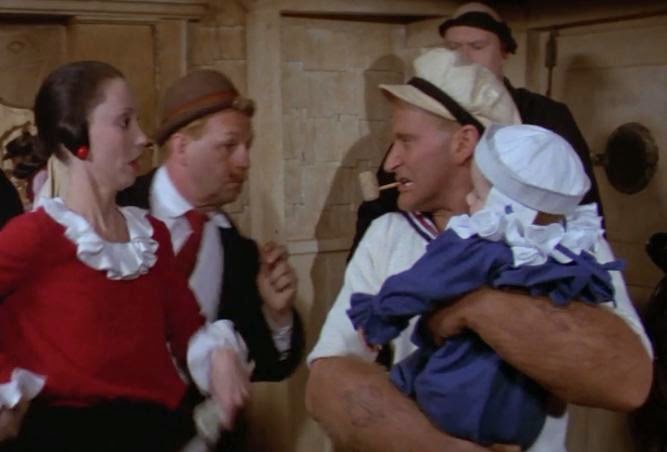 The film begins with Popeye not knowing any of the characters. He arrives in a strange little town in the search of his long-lost father. His search for his father will have to wait. As he not only adopts a son, but falls in love with Olive Oyl. 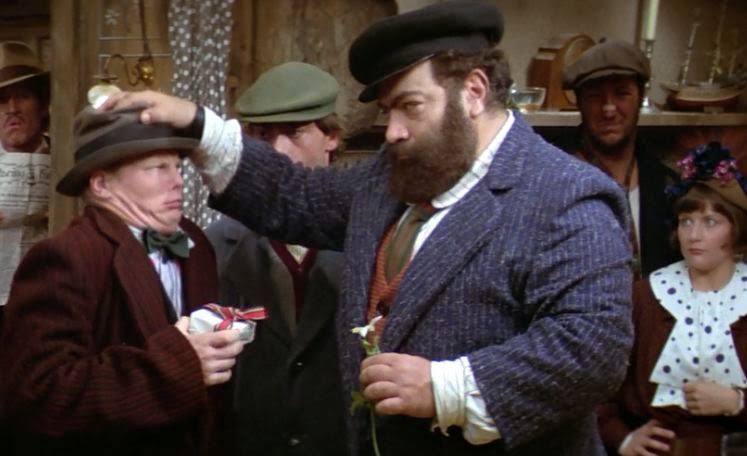 But not everyone is very fond of Popeye. A group of idiots make fun of his appearance, and the fact that his father left him at an early age. However his biggest enemy is Bluto, a brute who is also the closest person to the Commodore, the most powerful person in town. Overall I actually really enjoyed the movie, though I'm a little shocked that it did rather poorly with critics decades ago. The musical songs are a little dull, but I really enjoyed the humor. I also think they did a great job keeping the movie serious and silly when it needed to be.
Posted by Adam at 3:00 PM

This was one of the few Robin Williams movies I didn't see. I think I prefer keeping the original Popeye, a childhood favorite, in my heart and mind.

I've only seen bits and parts of this one

That is why it is important to live your life your best each day. Is Daisy ok. I have not heard you mention her lately or I missed it.

Daisy and I are doing fine

I had forgotten he made this movie, he had tharms for this part thats for sure, he was a burly man, I think they may have enhanced them a bit but he was stocky and such a talent, I wish he could have won the battles with his deamons but maybe he did, none of will know, will we,

I didn't see this one...my favorite of his was Awakenings. It was an awesome movie made in the 90's and he played a doctor. A straight role and he did a magnificent job in it.

I want to see it ! I discover this movie on your blog ! Thank you Adam :)

Yep, that was an extremely old movie, I've only heard about it a few years ago... Robin was brilliant in it as always

Nice poster, we have been to the Popeye movie set in Malta. It was an adventure.