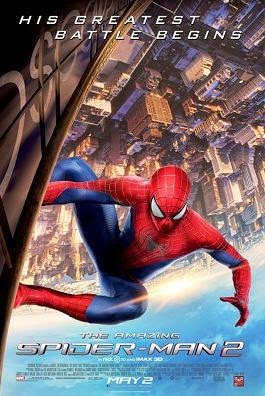 Spider-Man is one of the most well-known and one of my favorite super-heroes ever. Even though it's predecessor had a rather lame villain (The Lizard), I still thought it was a remarkably well-done. I had heard that another not-so-great Spider-Man villain (Electro) would be the new bad guy in this one. I initially hated the idea because he's really dorky in the original comics. Though this movie has the character based on a much different version from the comic series Ultimate Spider-Man. 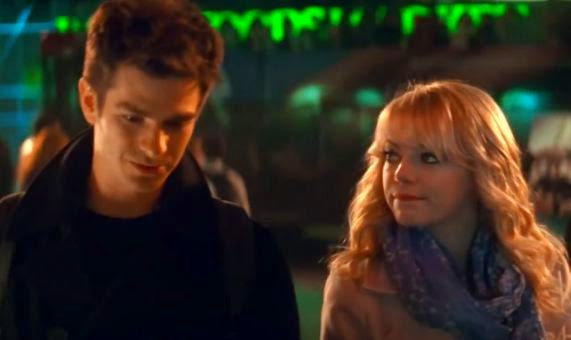 The story is set a little bit after the events of the last movie. Peter Parker has done a great job being Spider-Man, however his relationship with Gwen Stacy has gone downhill. Gwen's father George was killed by the Lizard, and when he was dying he told Peter to keep Gwen away from the life of Spider-Man. Peter sees his "ghost" everywhere, which in turns causes him to be more distant to Gwen. 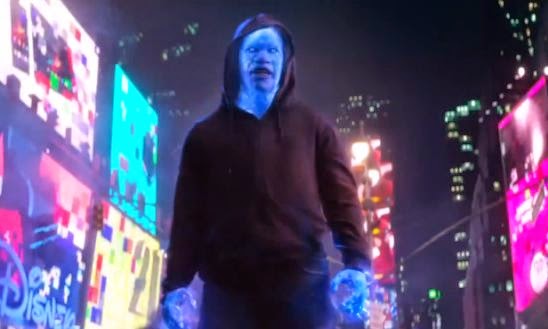 Meanwhile the socially-ignored Max Dillon falls into a tank of electric eels while working at OsCorp. He amazingly survives but he awakens as a personification of electricity. Scared of his new powers, and angry at the world, he becomes Electro. He quickly begins a war with Spider-Man who he used to admire before his transformation. Peter must also worry about Harry Osborn, who wants Spider-Man's genetics to save himself from a fatal illness that he genetically inherited from his father. 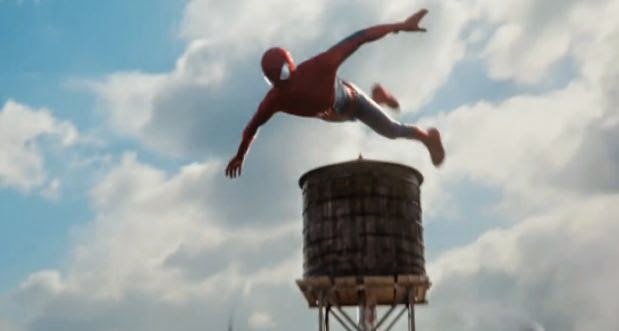 Overall I thought The Amazing Spider-Man 2 was a good film, but certainly the worst Spider-Man movie to date. Electro was a stupid villain with boring fights. The only time I thought a battle was really cool was when Spider-Man faced a greater nemesis near the end. Though I will say Andrew Garfield and Emma Stone have great chemistry as Peter Parker and Gwen Stacy. It's a shame all Spider-Man fans know why Peter later moves on, and marries someone else.
Posted by Adam at 3:00 PM

I didn't see this movie, I prefer the version with Tobey Maguire :)

I just watched this recently and thought that overall it wasn't a bad movie to munch on popcorn for.

I agree. As much as I love Andrew Garfield as Spiderman, this is the worst of all the movies. That ending sucked!

I haven't watched this yet,

It was okay at best for me

An acceptable addition to the franchise but not memorable.

I haven't seen any of the Spiderman movies yet. It's on my list of things to do though.

After a while I got bored with the film,... saw it to the end, but didn't like the ending at all.

Speaking of Gwen Stacy...
Here's today's "Nerd Moment."
Remember how, in the first (Tobey Maguire) movie, Mary Jane was brought to the top of that bridge by the Green Goblin?
Yeah, Spiderman fans will know what (who) I was thinking about.....

I'm big fan of Raimi's Trilogy and love T.Maguire, but always want to see other movies about Spidey and I must admit, that romance between Gwen& Peter is full of chemistry, but everything else is just average-music, villains, action...
By the way I recommend to see 'Guardians of the Galaxy' ;-)