Things I Like: The Jetsons Meet The Flintstones (1987 Film) 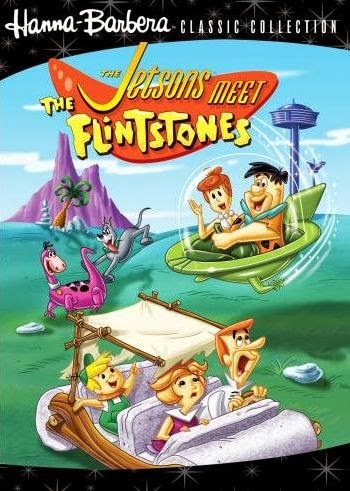 As a kid I loved both The Flintstones and The Jetsons. So a cross-over movie was actually a really cool idea. While the concept should never be over-done, I think most fans love it when characters from other worlds collide. 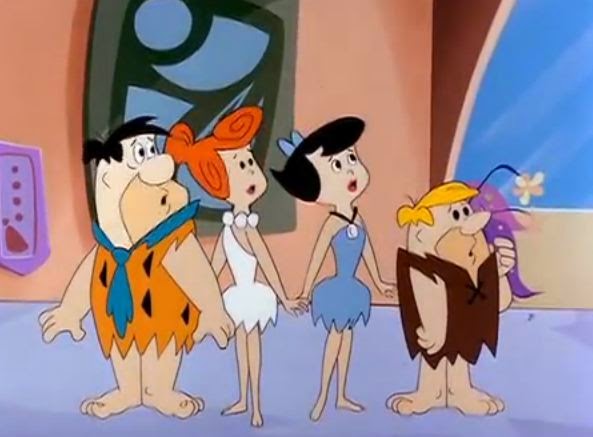 I don't remember everything since it's been ages since I've seen it, but I remember most of the plot had Fred, Wilma, Betty, and Barney in the future after the Jetson's time machine sends them instead by accident. 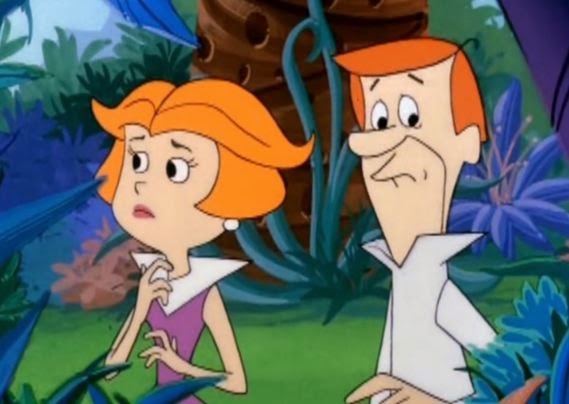 While the Jetsons are stranded in a land without much technology. But George managed to do pretty well anyway. Mr. Slate sure liked him way more than Fred. 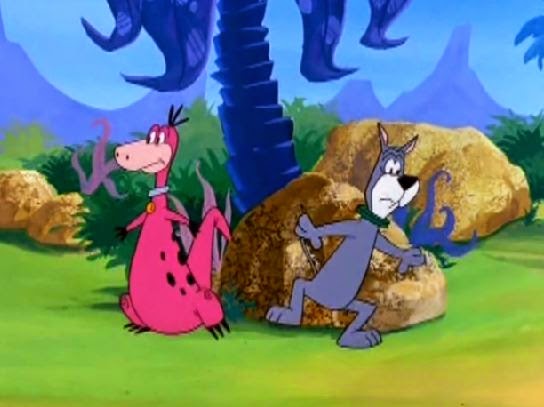 Is there was any beloved cartoon movie from my childhood, this one would be close to the top. I feel nostalgic just thinking about it.
Posted by Adam at 3:00 PM

I love the flintstones but the twins love more the jetstsons always they saw these!

Haha the flintstones are so cool! Miss it.

Love this cartoon! I've watched it on tv set a few years ago.

I remember the Thursday night when The Flintstones premiered in 1960. I liked The Jetsons but I was never into it as much as the Flintstones.

I loved the Flintstones as a kid!

I too loved the Flintstones...wonderful memories of the movie & TV Shows.

I loved this one when I was little. Heck, I would probably still love it if I watched it today!

I've never seen this, but it sure looks like it would have been a lot of fun to watch.