Do You Think Any One Can Be President After Losing? 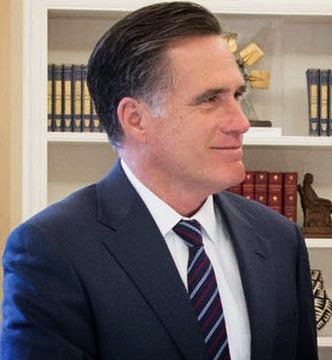 Since losing the 2012 election, Mitt Romney has made many comments on current politics, often saying "he'd do a better job as President". Even criticizing the job of a potential candidate like Hilary Clinton, though after that he affirmed that he's not running again. I think most people who have gotten their party's nomination and lost don't stand a chance. Except maybe something rare like when Al Gore lost in 2000 (though he declined to run in 2004) with the popular vote win and the fiasco with the Supreme Court and Florida.  The last person to be successful was Richard Nixon who originally lost to JFK. Though that didn't end out too well in his 2nd term.

What do you think? Can a presidential hopeful have a legitimate second try and win?
Posted by Adam at 4:31 PM

Yes Adam Ithink is possible.
Here I know two presidents go twice times and win in the number 3!
The first was Salvador Allende in the 3 try.well the story you know finish bad.
And the last times was Sebastisn Pineira I think he win in his 3 try.
All depends how think the people in the moment!

It's possible, but not likely. The conservatives are currently calling the shots in the Republican Party and they never liked Romney in the first place.

anything's possible, the question is, will Hilary run and is it even good for her health?

We do seem to be in uncharted turf, Adam. Republicans are SO crazy right now that ANYTHING can happen!

I guess anything's possible. It's entirely up to the people, and how they feel. Or are swayed.

Doubt it will happen for him

nothing would surprise me at this point !!

Depends on if he completely sells out and with that large family, he'd have to.

I couldn't become president if I lost the first time but that's just because I would then have to initiate Operation Takeover and my new title, after my successful conquest of the Americas, would be Supreme Overlord.

If he is enough charismatic the second time, of course.
xx

Anything is possible, I suppose.

I think it is possible. Especially in contemporary politics. I just hope it's not possible in Romney's case LOL