Fact of the Day: Friend of Robin 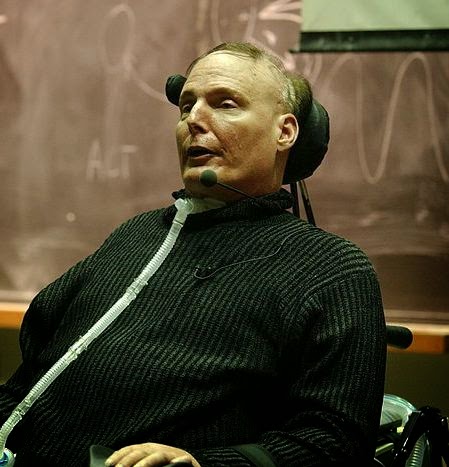 Robin Williams was close friends with Superman actor Christopher Reeve since their days as students at The Juilliard School. After Reeve became paralyzed from an accident, he says Williams was the first person to ever make him laugh again. Williams also helped Reeve with his medical bills until he passed away in 2004, and provided for Reeve's teenage son after his widow passed away in 2006.
Posted by Adam at 4:00 AM

Robin Williams looked a kind man, and this proves it, and a good friend too.

That's interesting and very nice of Robin. I didn't know Christopher's wife had passed on either.

That is wonderful, and does not surprise me. Robin Williams was loved on and off screen; a very kind soul. The world is a sadder place without him.

I did not know he did that what a good friend.

Reeve's son had such bad luck, lost both his parents and his grandmother before that.... Robin was such an amazingly caring person

Both Robin and Christopher were such great human beings....so sad....

I had heard about their connection once. That's the kind of friend all of us need.

Not all "friends" would have done the same. This is a true friend. Kisses:9

I didn't know this about Robin Williams. I also didn't realize (or maybe remember) that CR's wife had died in 2006. I was once married to a quadriplegic, so I know the struggles that CR, his wife, and son faced. CR was truly brave, and Robin gave him laughter again. Thank you for sharing this, Adam.

Robin Williams was sure a great guy indeed

Such a sweet friendship. I didn't even know they were friends until after Christopher Reeve was paralyzed. I remember reading Christopher Reeve's bio while he was still alive and there's a lot of stuff in there about Robin Williams.

The kind of friendship that few have

Wow, that is amazing! I did not know about their friendship and I'm truly impressed what an extraordinary friendship it was.

So mant things you learn about a person when they're gone. Too bad we didn't know about all the good things Robin did when he was alive.

I had no idea. Robin was a truly remarkable human.

This is beautiful. Both Robin and Christopher were amazing people.