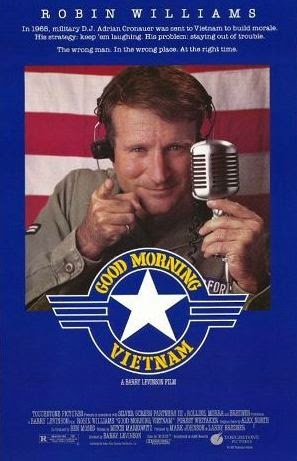 The recent passing of actor Robin Williams has got me interested in seeing some films I had either neither seen or heard of. Good Morning, Vietnam was one of those movies. Williams did quite well with the movie back in 1987, he even was nominated for an Oscar for Best Actor. It's also based on a real story. 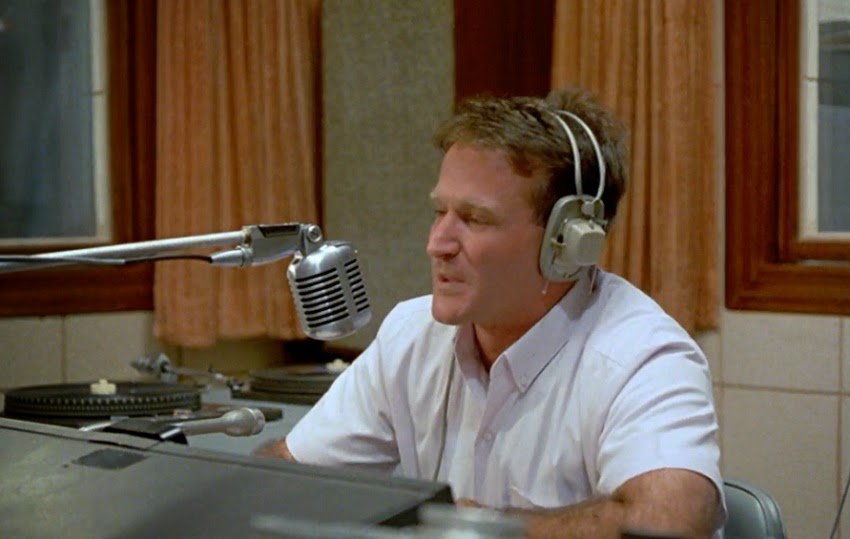 Williams plays Adrian Cronauer, an Air Force airman who was well-known for his comedy as a DJ in his service in Crete. He's sent to Vietnam to do a radio show for the soldiers in the country. While he's hilarious, his two main superiors can't stand him. Cronauer also uses almost every opportunity to break the rules. 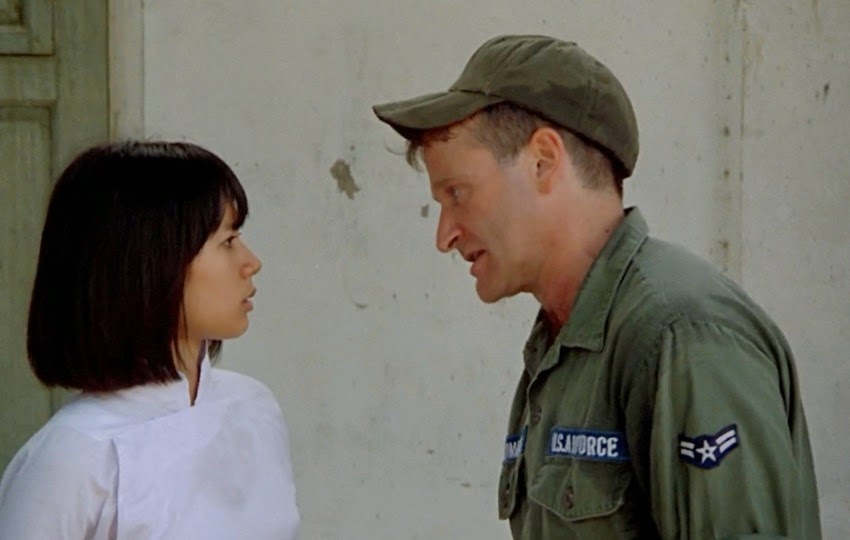 In his free-time, Adrian falls in love at first sight with a South Vietnamese woman named Trinh. However she ignores him at first, but he volunteers to teach an English class she attends just to spend more time with her. He befriends her brother, who helps Adrian get a real date with Trinh. 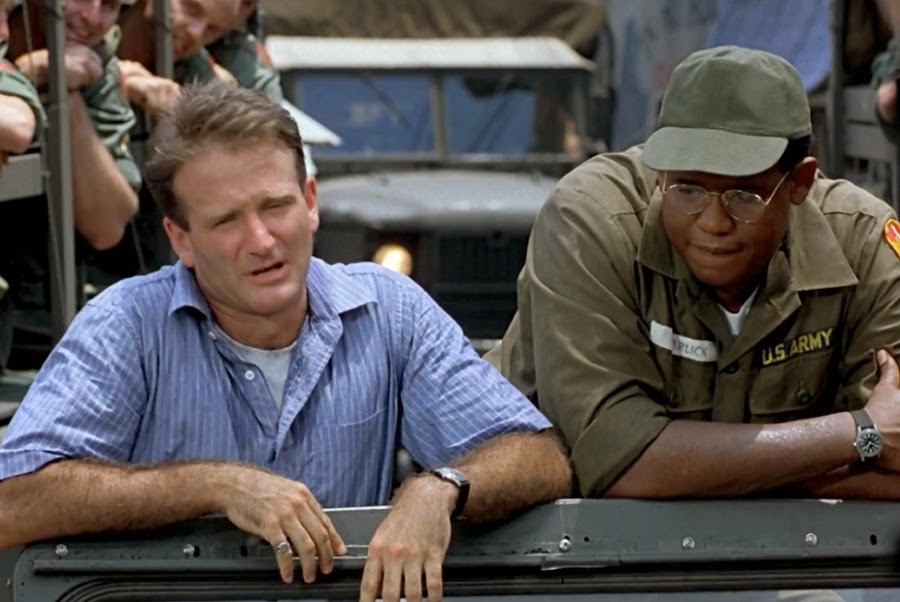 Overall Good Morning, Vietnam is a fantastic film, and one of William's best roles. I hear a lot of William's jokes were improvised for the movie, and all them are hysterical. I assume the movie version of Cronauer's is much different than reality's, but I really felt a bit bitter about how it ended.
Posted by Adam at 4:08 PM

This was a good movie.

I discover this movie on your blog. It must be great ! :)

I saw it was available on Netflix, I'll have to check it out!

The movie is okay, but all of the times Robin is at the microphone are priceless!

I remember seeing this movie on the big screen and I thought it was great. I'm going to watch it again now that you have brought it back to mind. I have watched several movies with Robin Williams. He was not only an excellent comedian, he was also a wonderful actor.

I don't think there are any bad movies he made, I believe he made some bad movies better!!

I still haven't seen that movie.

Apparently, it was quite a bit different than reality. But, I really liked it, too. I heard that he improvised a lot of his jokes, as well. That is what made the man a genius.

A great movie indeed, mainly because of him

I can't believe that I've never seen this film. Thanks for the good review.

I really enjoyed that movie.

I've seen this one a few times. Definitely one of my favourites.

I went to see this one when it first came out but I didn't remember any of the plot, apart from him being a DJ in the Viet Nam war. Thanks for the refresher on what it was about!

He entertained us well.

This was a great film! I always have that GOOOD MORNING VIET NAM! wail stuck in my head lol.

I remember this movie and that we enjoyed it. My very favorite movie of his is AWAKENINGS ...O, it was an awesome movie..he was a doctor in it and it is also based on a true story. If you get a chance to rent it or whatever, I think you would enjoy it.