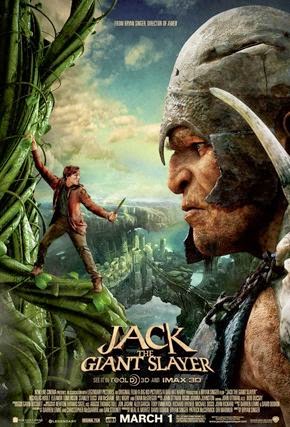 I had heard of Jack the Giant Slayer last year, but I ignored it a little to wait at least a year before I saw it. I knew it was obviously based on the classic fable Jack and the Beanstalk. Though modern movies based on somewhat short stories can be awful, and I had heard it didn't do that well with critics either. 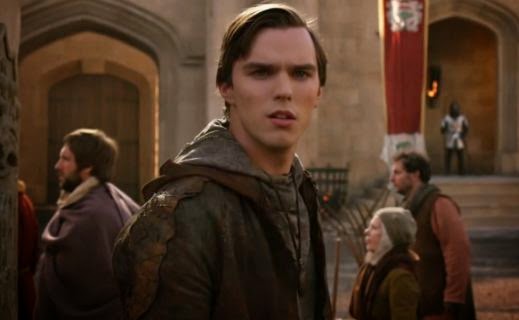 The story begins with Jack who (like everyone in the land) hears stories of Giants who were banished by a great king from long ago. While some believe it was history, some think the story was a myth. Jack happens to come across the magic beans to grow the mighty beanstalks to reach the land of giants. One is accidentally given water just as Princess Isabelle finds shelter in Jack's house during a storm. 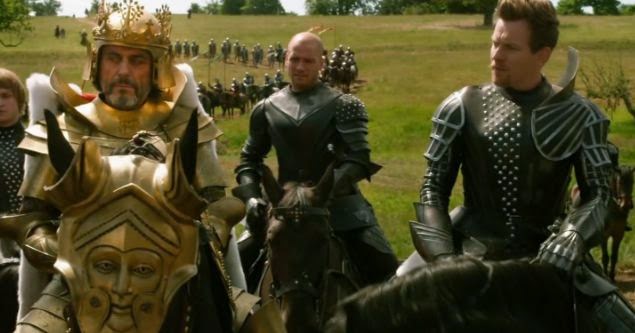 The beanstalk throws Jack down to earth, while his house and Princess Isabelle are sent beyond the sky. The King confronts Jack, but believes he meant no harm. The King does allow Jack to travel with knights who are tasked to save Princess Isabelle. Climbing the beanstalk won't be easy, but it's nothing compared to the mighty foes who live above the world. 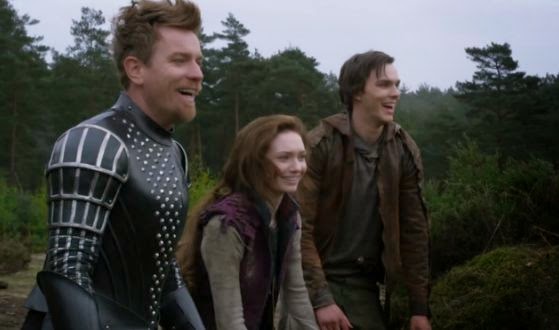 Overall Jack the Giant Slayer was about what I expected. It has a decent story, likable characters, and a few adequate villains. However the film can be rather bland, and forgettable. It features a few twists on the fable story, but I still prefer the stories from my childhood.
Posted by Adam at 3:00 PM

Pretty much what I thought it would be, glad i skipped it

I'm waiting for this film to come to Netflix. I'm a big Ewan fan, so really, I'm just watching it for him:D

Seems most of the stories ARE better as we remember them from childhood.

I didn't see this on the big screen but rented it off Amazon. I agree with everything you said about it.

I haven't seen it. Guess its time to rent it.

Actually, it was better than I'd expected. It wasn't great but worth watching if you like fantasy.

My younger daughter was shocked by the brutal violent scenes and kept saying "This is a kid's movie!?"