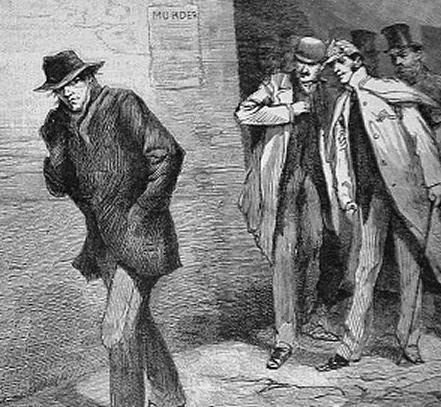 Jack the Ripper had killed at least five women in 1888, and while his infamous fame still exists today; nobody really knew who he really was. Now a study using DNA has claimed that Jack's real name was Aaron Kosminski, who was originally from Poland. He was one of the original suspects, and he later went to an insane asylum in 1891. Kosminski lived around the area where Jack's victims were found, and a total of eleven similar cases were found in the area. Only five were surely done by Jack, six more happened until 1891 which was the same year he lost his freedom.
Posted by Adam at 8:00 PM

Email ThisBlogThis!Share to TwitterShare to FacebookShare to Pinterest
Labels: england

Not his royal highness? Imagine that!

One of the most intriguing unsolved mysteries. I wonder about this new claim.

There seem to be a lot of candidates swirling around.

Fascinating that they can find out who did a crime that many years later!

If only they'd had DNA testing in those days!

This and the Zodiac Killer are two of history's most fascinating unsolved mysteries.

When I was a little girl, a hundred years ago, the two things I was most scared of was gorillas and Jack the Ripper.....Oooooooooo