Scotland to Get Independence? 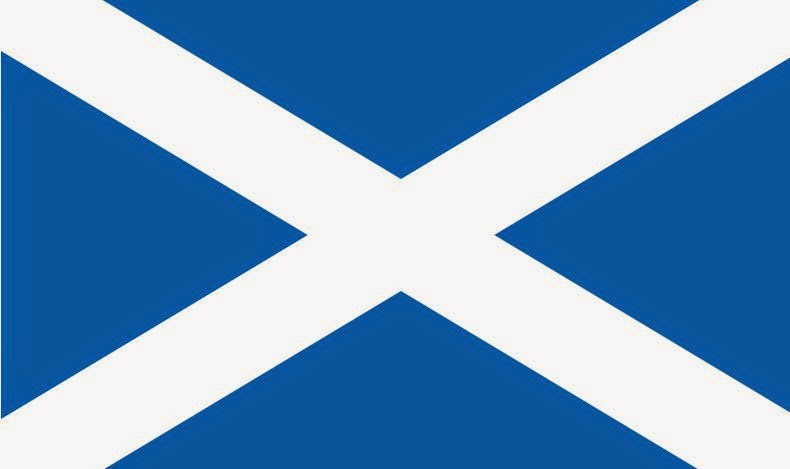 While Scotland has gotten and lost independence throughout history, most of that faded when the Scottish monarchy and English monarchy had someone that became heir to both thrones. Eventually forming Great Britain which also took the lands of Ireland and Wales.  Most of Ireland became Independent, but Scottish voters are apparently getting to vote a little on the issue, and with support for being an independent country being a tad more popular. If most Scottish citizens want their country to be a real country, then it should. Though I'm sure it will still take many more years, but I hope it's done peacefully and democratically.
Posted by Adam at 11:30 PM

Yes, if most citizens want their own country, then it should be so. And definitely peacefully and democratically.

If all are in agreement then why not

It will be interesting to watch the upcoming vote.

If Scotland goes, then the Union Jack will need to change since the flag of Scotland is incorporated into it.

This one hits too close to home for me, unfortunately. :( I live in Quebec, and many people are aware that the PQ (Parti Quebecois) has wanted Quebec to be a country for a very long time now. I have also heard that Vermont was thinking of doing the same thing, as well as Hawaii. Personally, what is wrong with unity??? I am proud to be a Canadian and would personally not like it to see Quebec separate from the rest of Canada.