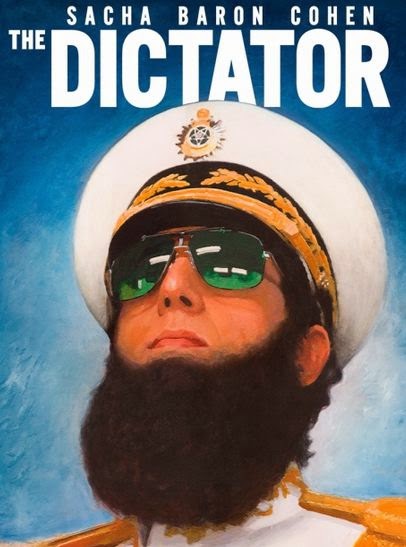 While his style of comedy doesn't appeal to everyone, I think Sacha Baron Cohen is hilarious. His improv with his characters (and their following movies) from the Da Ali G Show made him a legend in comedy. I wasn't so sure about The Dictator though, as it isn't improv and I heard many positive and negative opinions. 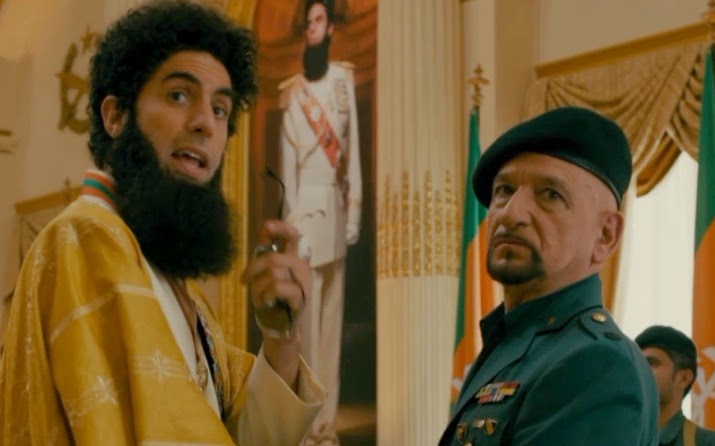 Sacha Baron Cohen plays Admiral General Haffaz Aladeen, who is the sole ruler of the (fictional) country of Wadiya. He proves to be a hated tyrant in his own country, and the United Nations warns him to clean up his act. So he decides to travel to New York to discuss it at the UN. 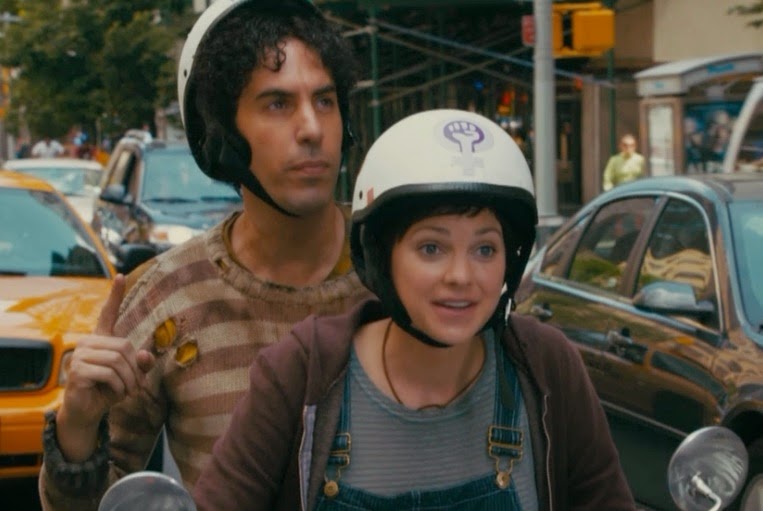 Though before he can give his speech, his Uncle betrays him and he nearly dies. He loses his beard, and nobody recognizes him. Especially as his uncle has a look-alike take his place. A woman named Zoey befriends Aladeen, thinking he is a Wadiyan refugee named Alison Burgers. He plans to get his country back, but Zoey might bring the man out of the tyrant before that happens. 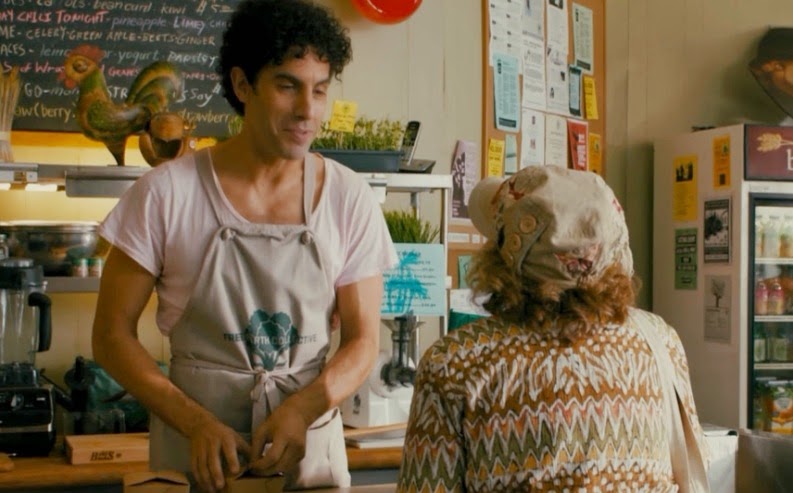 Overall The Dictactor was a lot better than I expected. It wasn't as good as Borat, but still very funny. Cohen's character is a parody of modern dictators like Kim Jong-il and Muammar Gaddafi, so he does often seem to "cross the line". Charlie Chaplin actually did a similar thing in 1940 with a movie parody of World War II's tyrants. While his antics might make you feel bad for laughing, you have to remember he's just making fun of authoritative rulers.
Posted by Adam at 7:00 PM

There were some fun spots in it indeed

As I recall, it had a few good moments but it was very inconsistent and had a rather flat ending. Not nearly as good as Borat.

I haven't seen this one yet, but I am always yelling "PAMELA" from Borat lol. I need to watch this one soon!

I havent´seen this one but it looks like very funny. Kisses:)

I cannot stand that deeply offensive and deeply dangerous sort of humour... I'd arrest him if I could.... He spreads hatred and primitivism...