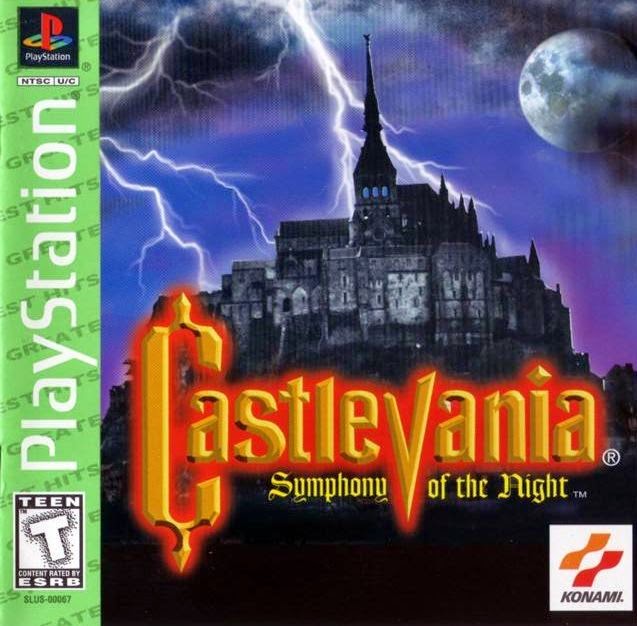 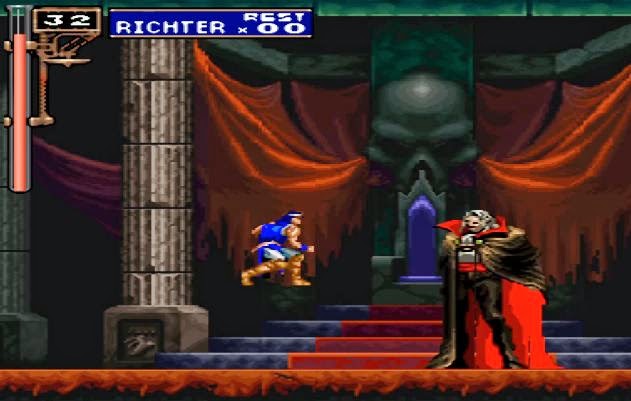 As soon you play it you actually get to fight Dracula in a semi-flash-back of a game that was originally only available in Japan.  Since Richter Belmont is important to the story, they had to include it. Funny thing is as soon as I started I remembered my brother had the game many years before. He thought the game was defective because according to him "it skipped all the way to the end". 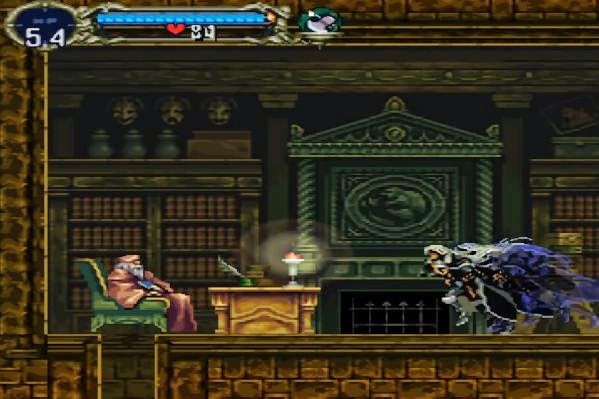 If he had kept playing (or read the manual), the game really starts after Dracula is vanquished. Instead of another member of the Belmont family, you actually play as Dracula's half-vampire (and hero) son Alucard. Except he uses mostly swords, and quite a bit of magic. His father's castle returns and he must figure out why. 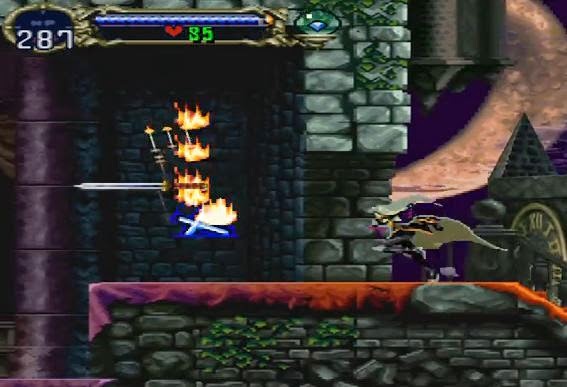 But my favorite part were the RPG-elements and just the exploration. The castle is beyond your imagination in how many rooms there are and secrets to be found. I will say the way to save Richter from being "evil" to get to the real ending was rather bizarre. Once you do, the castle flips upside down with new areas and bosses. While they sorta recycle old areas, you won't really notice. 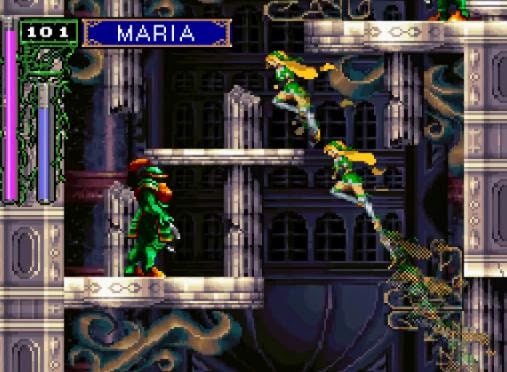 Funny enough Japan got a Sega Saturn version where you could play as Maria Renard. In a similar way you can play as Richter Belmont after finishing the game in the PS1 version. I hear the Saturn version was inferior, and Maria wasn't really that great. 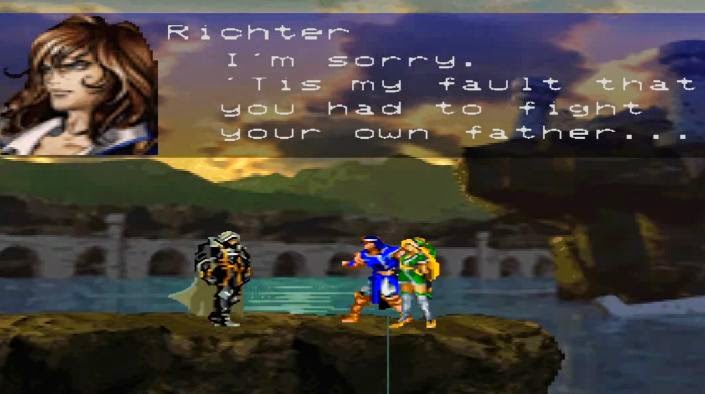 It might be over 17 years since it graced the PS1, but it is a masterpiece. Luckily it is on PSN and Xbox Live Arcade for those who don't have a PS1 or even a PS2. I will say I like Dawn of Sorrow a tad better, but I don't argue with people when they consider it the finest in the series.
Posted by Adam at 10:00 PM

Sorry, but I don't know a crying thing about this....