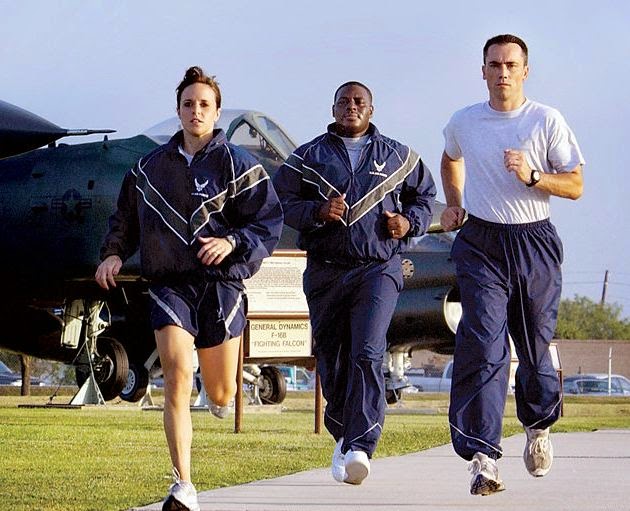 When I was 18, I gave some thought about joining the military, though I wasn't willing to put up with the many personal sacrifices it requires. Though if I were to have joined, it would of been the Air Force. I'm quite disappointed that the Air Force is forcing an atheist sergeant to leave in a few months if he doesn't say "so help me God" in his oath.
From what I understand, Air Force troops could omit the "so help me God" part if they wanted, but a small and quiet update now doesn't allow it. It's funny that the same oath requires everyone in the Air Force to support (and defend) the U.S. Constitution.  The Constitution guarantees religious freedom and also prevents religious tests for roles in government. So the people enforcing the rule are actually not supporting our U.S. Constitution. Hopefully President Obama or Congress can get rid of the rule before the man is told to leave in November.
Posted by Adam at 11:00 PM

I heard that religious nuts were taking over the Air Force - our most modern and vital branch!

I'm Agnostic and so I think it's wrong for them to be forcing him to say that.

Yes, no one should be forced to do this; it should be a choice based on your own beliefs (or non beliefs). Freedom of religion. And freedom from religion.

He or she should hire a good lawyer from the ACLU. No way would that rule survive a court challenge.

I'm sure the Air Force won't admit they're getting rid of this fellow because he's an atheist. They'll trump up a phony charge. The founding father's of our country were not the religious people conservatives would have you believe. Thomas Jefferson once wrote that he saw nothing good come out of Christianity.